Why Do Child Soldiers Exist?

Child soldiers are the result of poverty, conflict and corruption. Micheal Nelson Byaruhanga has seen it firsthand.

I exist in a country where two generations of children have been sentenced to a life of darkness, deprived of every hope and opportunity. These children live in abominable conditions, defined by staggering levels of illiteracy, disease, malnutrition and poor sanitation and hygiene. 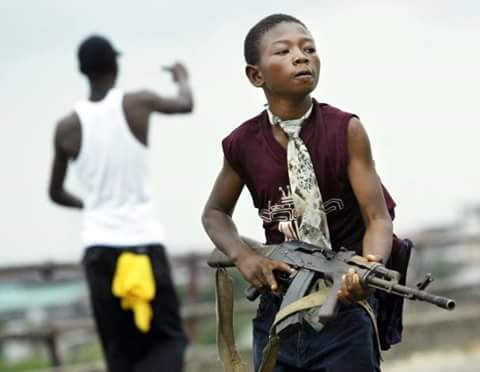 The government receives aid, but no evidence is seen on the streets of Uganda. With so much money received, one wonders where all money goes. These kids were not created to live in despair or destined to be exploited, but they suffer the effects of natural catastrophes and man-made horrors: the violence being waged against the rights of children.

What is quite frustrating is the fact that citizens who sit in seats of power for individual and selfish motives perceive the suffering as an opportunity to gain international sympathy and aid. They are not genuinely motivated by the need to save the children, who represent the renewal of our national future and pride.

The world still holds people who share a passion for charity, but I’m horribly saddened to know that these good people don’t take time to seek accountability of their monies on the ground. I have witnessed so many mafia members living opulently at the expense of children in this country, which is the reason I tend to think of donor monies as corruption banks. 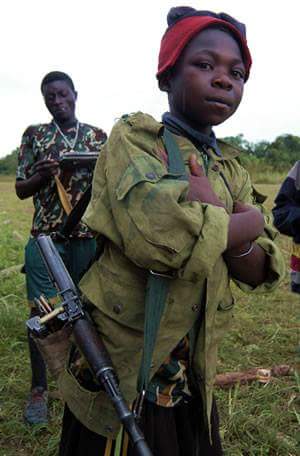 Housing street children or feeding the underprivileged is an action that even the poorest landlocked country like Uganda can afford. But because governments perceive security as irrelevant to the social wellbeing of its citizens, they heavily invest in ammunitions. Lest they forget that if people have good health, education, transport, water and accountability, everyone can work together to ensure national security.

Every global child deserves to live happily. Life is a fundamental right. It’s atrocious that children from areas of armed conflicts are involved the most disastrous scourges of war as child soldiers.

An example is the former LRA commander Dominic Ogweni, who is in trouble with the ICC over war crimes. What good can the world expect from a child who is taught that killing is a mean of survival? The fact that Dominic butchered is not enough to erase the fact that Dominic was a victim of war.

At the age of ten, Dominic wouldn’t resist orders from Kony. He too lost his childhood, future and dreams. As an Ugandan child, he was entitled to protection from the state. But here we see a situation where the primary blame-bearer remains unblamed, as the victims are persecuted for crimes they were conditioned to accept. To this end, every government should ensure that its citizens are socially, economically and politically secure; that is what security is all about.

Article and photos submitted by Micheal Nelson Byaruhanga, 22, a Ugandan human rights activist, freelance journalist and a founder of Child Soldiers Foundation of Africa. Follow him on Twitter @nlsnmicheal90 and check out his others blogs, Human Rights and the Post-2015 Development Agenda and Sport for Peace and Development.