Looking at the world and the current issues people have, we see that conflict rises due to a lack of communication and a lack of truly knowing each other, which causes racism, prejudice and stereotypes. But the fact that we are all different should be reason to celebrate what we have in common and what makes us special.

Travelling is one of the best ways to explore and immerse yourself in other cultures. Often, people who have travelled from a young age, are more accepting of diversity. Unfortunately, travelling is not an available option for most people, especially those in underprivileged communities.

Many organisations that help youth travel to other countries for internships, conferences, or exchange programs, but there is no organisation that targets underprivileged children who also need exposure to diversity.

Raphaëlle Ayach, who is half-American, half-French, studied at a film school in France in 2006, after which she moved to Spain. There, she began to learn Arabic and discovered the stereotypes that both communities Arab and European have about each other.

Raphaëlle then moved to Cairo, Egypt where she continued studying Arabic and started an initiative in September 2012 named Safarni, which means ‘take me traveling’. The activities mainly target Egyptian children between the ages of 8 and 12 from underserved areas in Cairo. 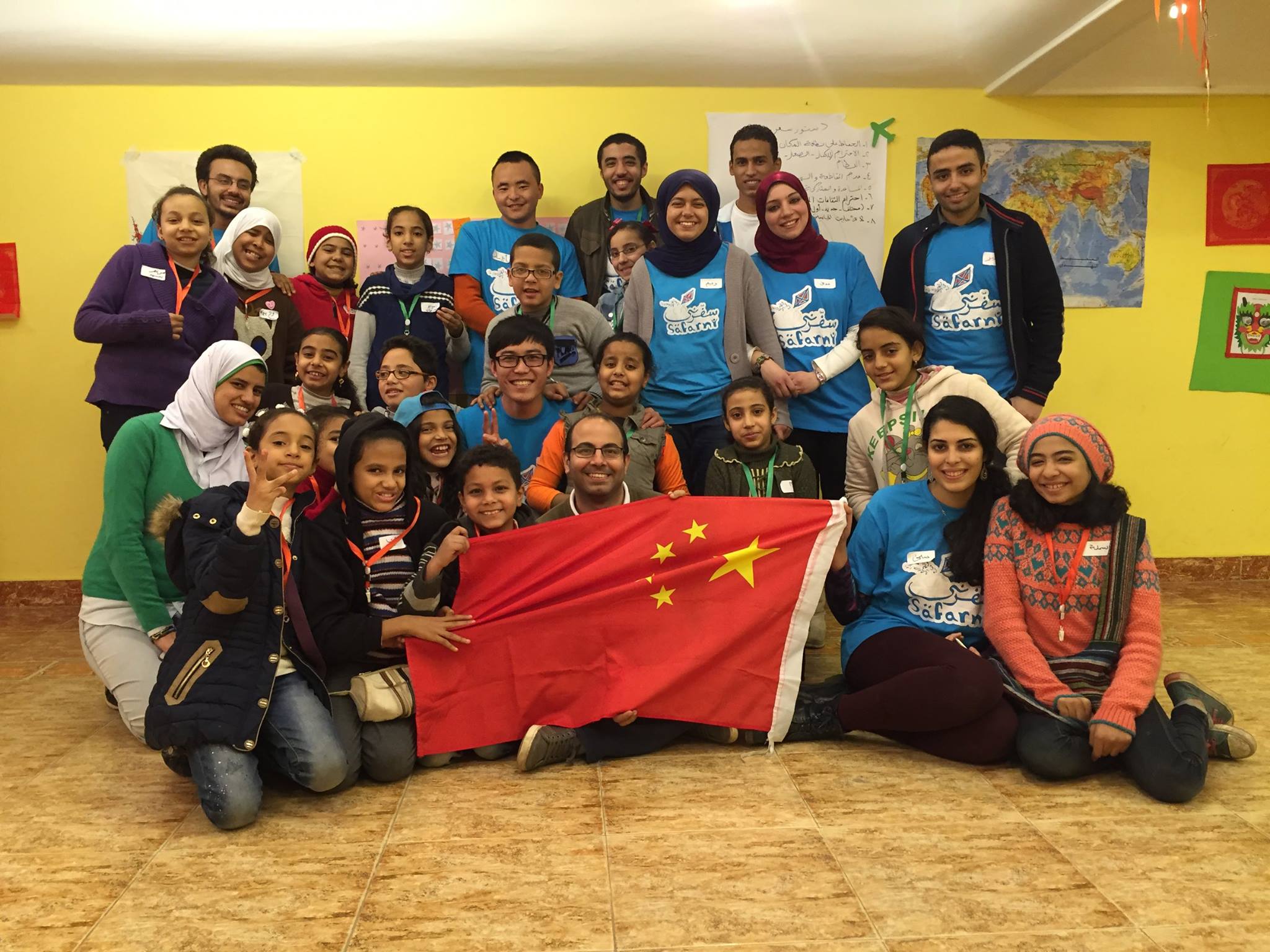 Safarni’s workshops introduce children to different cultures through simulated travel experiences. It holds its workshops in community spaces. Each workshop lasts for eight days: one day to discover geography, six ‘trips’ to countries around the world and one day for graduation.

On their “trips”, children use their Safarni passports and boarding passes to enter an imaginary plane (a room in their local community centre) and travel to a different country around the world. When they come out of the plane, they are met by real locals from the country (foreigners living in Egypt), who introduce them to their local food, music, dance, games, language, etc.

The foreigners representing their culture come to these workshops on a volunteer basis. To simulate immersion, these foreigners speak only in their mother tongue to the Egyptian children. Safarni facilitators translate everything into Arabic. Since Safarni started, it has conducted over 250 travel days for over 400 children, featuring more than 35 countries.

‘We are connecting the children with people from other cultures, so they can have friends and connections from all over the world’, says Raphaelle. 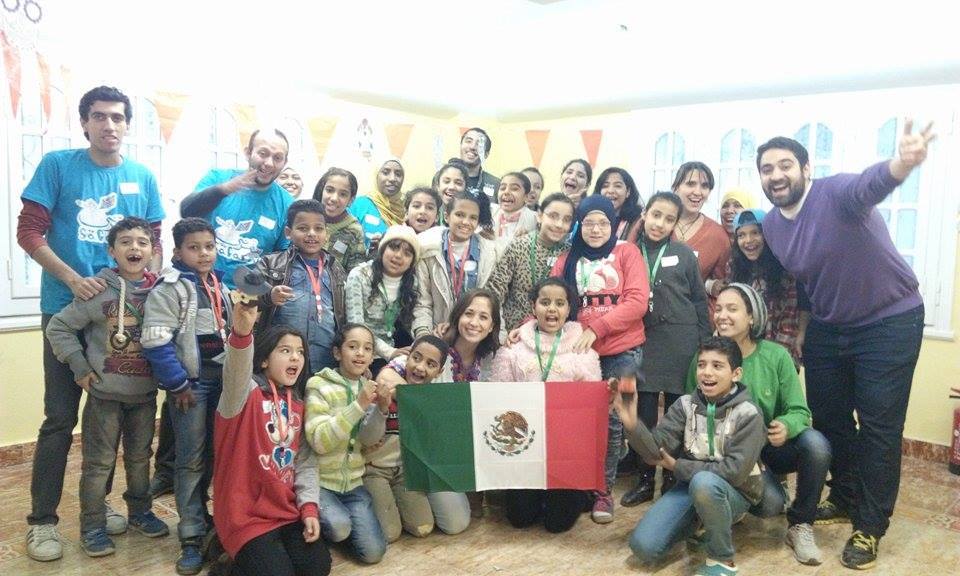 Two years ago, Safarni added a new part to the workshop: in each country children, discover a local social issue, like homelessness in France, women’s rights in Mexico, bullying in Japan, etc. The children then brainstorm and provide solutions to these problems.

This part of the programme has become an important element in the workshop. Through it, children realize every country in the world faces challenges. They also are empowered and realise that they have the solutions to these challenges. That cross-polination of ideas between cultures is a beautiful thing.

‘There is a theory that says that people like each other more when they help each other,’ says Raphaëlle.

Some of these workshops have been sponsored by DEME, DEDI (Danish Egyptian Dialogue Institute) and the French Cultural Centre in Egypt. Teams in Berlin and Istanbul also facilitate Safarni workshops, and in a few months, teams will be trained in Tokyo, too

Raphaëlle was awarded an Ashoka Fellowship in 2015. She was also selected as fellow at ChangemakerXchange, and Safarni was incubated by Nahdet Elmahrosa.