Looking for a project? Guest blogger Paul Basudde says introducing renewable energy as an alternative to kerosene, which is heavily used in places like his home country of Uganda, will improve health, save money and slow climate change. Will you take it on?

For those without electricity, people buy kerosene for their lamps. Solar power systems are so expensive that only rich people can afford them. Oil, in the form of kerosene, is considered handier. Industrialisation itself was spurred on by kerosene, enabling factories to add night shifts and run around the clock.

Rural households in Uganda still predominantly use kerosene for lighting and as a common energy source. But indoor air pollution from kerosene wick lamps can cause respiratory problems, and deaths from accidental fire are also common, particularly among rural households in developing countries such as Uganda, which often has grass-thatched homes.

The global climate change crisis calls for innovation from industry to meet the challenge of carbon dioxide emissions reductions and promote the development of alternative energy sources.

The Institute for Governance and Sustainable Development points out that kerosene fueled wick lamps used in developing country households are a significant but overlooked source of black carbon (BC) emissions. As such, a replacement warrants strong consideration. No other major BC source has such readily-available alternatives that pose few clear adoption barriers, providing immediate benefits to user welfare as well as climate change efforts.

Furthermore, most people living in rural areas of developing countries spend a substantial part of their income on kerosene for lighting. The New Vision Renewable Energy and Evangelical Environmental Network says that a single kerosene wick burns an estimated 80 liters of fuel, producing more than 250 kilograms of carbon dioxide annually.

When multiplied across the developing world, and kerosene lamps emit 270,000 tons of black carbon annually – equivalent to 240 million metric tons of CO2.

Data from Uganda’s Ministry of Energy and Mineral Development indicates that the average annual sales for kerosene over the period 2007 to 2014 were 67,118,175 litres. This supports World Bank reports, which say kerosene is preferred by rural people primarily because of the cost and availability, even in the areas where they have access to grid electricity.

The Japan International Cooperation Agency study on photovoltaic and small-hydro projects in East Africa found out that some well-off families were found spending a lot of money on kerosene for lighting because they had no idea of alternatives, like solar lanterns. This suggests that there is an opportunity for the introduction and dissemination of renewable energy in rural communities. 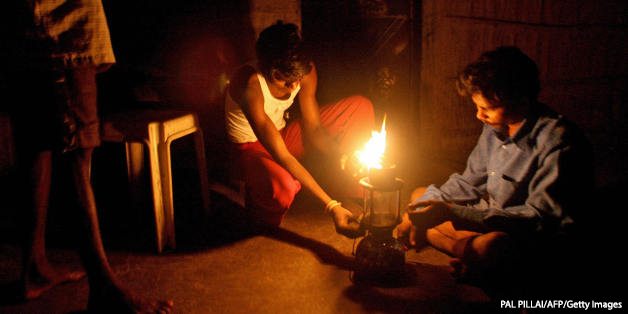 It has been proven that a child studying by kerosene lamps inhales toxic smoke equal to two packs of cigarettes a day. This is quite detrimental given the fact that 80% of Ugandans are not connected to electricity and are left with no choice but to use kerosene for lighting at night.

Redirecting current kerosene expenditures to modern alternatives like solar power systems will have positive development effects, resulting in healthier homes due to the lack of toxic fumes, safer homes due to minimized fire hazards and reduced energy spending.

This would be a good response to global climate change, in which improvements in regards to alternative renewable energy sources are essential to conserving our planet for future generations.