The environmental and global climate justice organization Plant-for-the-Planet Foundation has launched its academy program in Liberia by training more than 100 Climate Justice Ambassadors to advocate for climate justice by planting trees.

The launching of the academy included a climate walk, training on climate change, and planting of more than 178 trees. Making presentation during the training, at the College of West Africa in Monrovia, the climate justice ambassadors were urged to take practical actions against global warming by planting more trees in their communities.

According to Mr. Varney Jarsey, Deputy Country Coordinator of the Foundation, climate justice and environmental protection should be the sole responsibility of young students since in fact they may spend more time on the planet.

The programme brought together more than 100 high school students from twelve schools in Monrovia. The students had been tasked with the responsibility of establishing environmental and climate justice clubs in their various schools.

Mr. Jarsey urged the students to take realistic actions against global warming, flooding, environmental degradation, and deforestation by planting trees every week and advocating for climate justice in Liberia. He called on them to work with the Environmental Protection Agency and Forestry Development Agency to guide, monitor, and supervise the process.

Climate change caused by global warming is an impending danger for the earths inhabitants, and it is getting much international attention and cooperation. Though there are natural sources of climate change such as volcanic eruptions, biomass decay, and forest fires, tons of carbon dioxide are being released by humans, damaging the ozone layer and our environment.

Trees, however cut down high number of CO2 we give to the environment and they also give out more oxygen, which all of us need to live. So for Plant-for-the-Planet, trees are the symbol of climate justice.

Planting one tree provides enough oxygen for an entire family of four.

Plant-for-the-Planet Academy must be welcomed in every community and school across the globe as it provides a realistic means of combating climate change. The protection of our home, earth cannot be over emphasized because it is the only place we can have life. 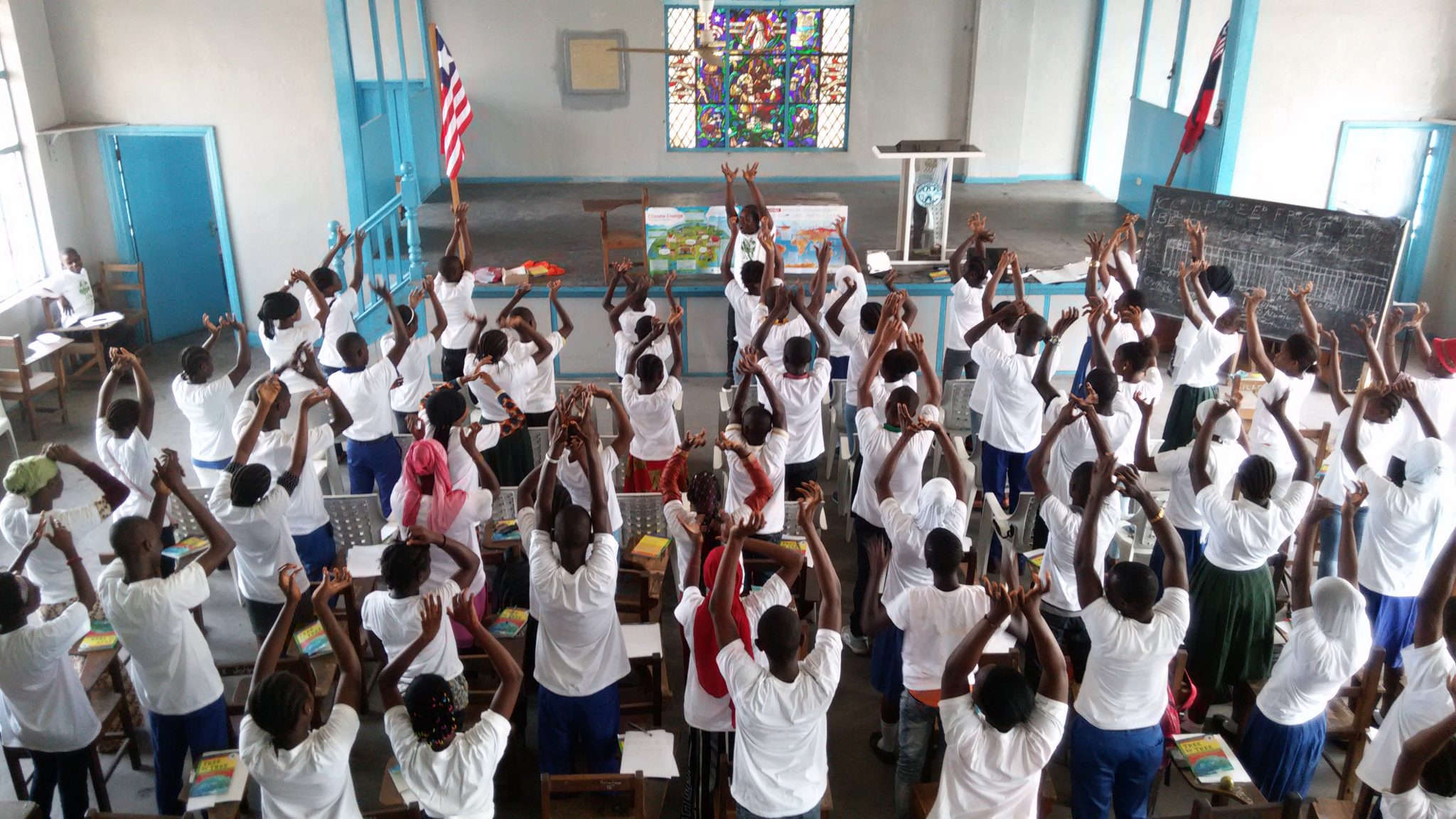 The Climate Justice Ambassadors are, however, calling on the government of Liberia, individuals, and other agencies to support them by providing them with land, seeds and plants, a climate justice park, and resources to train more children and youth as advocates for climate justice in Liberia.

Plant for the Planet started in 2007 in Germany when young people along with environmentalists decided to preserve and protect the planet by planting trees. Since 2007, Plant-for-the-Planet has been launched in more than 40 countries,including China, Canada, Australia, the United States, Zambia, UAE, Uganda, Spain, Thailand, and Luxembourg.

Submitted by Mohammed Foboi, 27, who was a Global Youth Ambassador for A World At School (AWAS) and co-authored ‘Sarah and the Plum Palaver,’ a UNICEF peace education book currently being used in Liberian Schools. He also worked with a team of experts to validate the four-year National Education Action Plan of Liberia and co-authored Liberia’s new sets of textbooks for social studies. He also served as validating officer for the UNESCO’s Value Education Curriculum for Ivorian refugees and host communities in Liberia and is currently the Country Coordinator of Plant-for-the-Planet Foundation.