Rohingya Refugees: yes, they are human

After gaining independence in 1948, the tension between the Burmese government and the Rohingyas, a Muslim ethnic group, grew.

The government treated the Rohingyas, who remained in Burma, as illegal immigrants. The Rohingya people suffered from extreme persecution: their properties and land were confiscated; they were denied the right to citizenship and prohibited from military service.

1977 saw extreme violence, which included widespread killings, rape and destruction of mosques. By 1978, two lakh Rohingyas had fled to Bangladesh but the Bengalis did not allow them to settle as refugees. The Bengali government, after several discussions with Burmi junta and with the involvement of UNHCR, forcibly repatriated Rohigyas in 90s.

But, in Burma, the persecution continued with the introduction of the Four Cuts strategy, which denied Rohingyas access to land, food, shelter and security. The horror of this forced repatriation has never been fully acknowledged by the international community, which failed to respond both at the time and ever since. Rohingya refugees described being held in custody prior to deportation and being subjected to torture and violence. When asked what is your life like in the camp, a woman replied, “Do you know about hell? This place is not like hell. It is worse than hell”.

An older woman described how some of the girls tried to abort the babies of rape. Husbands of young girls who are abducted and raped frequently refused to take them back on return. The Imam sometimes arranges a marriage for a girl who has been abducted and is pregnant. These marriages are to older men usually. Having survived abduction and rape, they are then condemned to a life of domestic violence.

On 7 May, 2014, the US House of Representatives passed a resolution that called on the government of Burma to end its persecution and discrimination. But the situation of Rohingyas has become critical with the passage of time.

To escape extreme violence and brutality of Burmi Junta, thousands of Rohingyas have fled from Burma and Bangladesh, via the Strait of Malacca and Andaman Sea, in search of a peaceful life and shelter in Malaysia and Indonesia. Traveling in fragile vessels, hundreds are killed on the way due to the fight over food and water. UNHCR estimates about 25,000 people have taken to sea travel from 10 March. 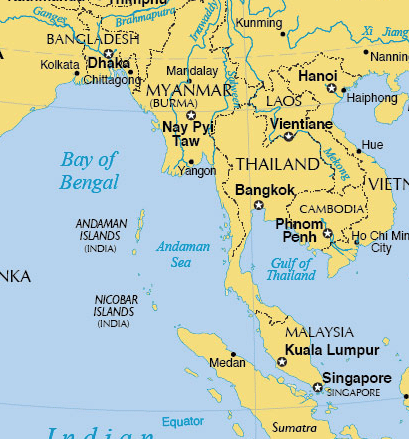 Surprisingly, Malaysia and Indonesia, both Muslim countries, are showing reluctance to accept new arrivals of Rohingyas. The Malaysian Deputy Home Minister said that his country would use tough measures, including turning back asylum-seeker boats and deportation, in order to send the right message.

Yardy Mili, a Turkish NGO, was the first international organisation to start its relief operation in Sitwe, capital of Darussalam. Indonesian people are also showing kindness and donating large amounts of food and medicines in charity.

“I used to live in District Thandwe of Rakhaine state. There are few schools and hospitals in Rakhaine. Muslims are not admitted to government educational institutes owing to lack of citizenship. I received my early education from the madrassah in local mosque.

I have been witnessing torture and oppression from my childhood till now. The brutality climaxed in the 70s and 80s. Buddhists used to come in groups along with monks in villages. They used to torture people physically and mentally. If someone tried to fight back, the group of Buddhists would set fire to him as well as his house.

Once, people were offering prayer in the mosque that all of sudden intense firing started. Most of the people died on the spot due to heavy shelling. The few people who survived this tragic incidence received life-threatening injuries. We tried to carry injured persons to the Central hospital of Rakhaine, but about five miles from the village, we were stopped at check-post. Army men interrogated us for two hours and then sent us back saying ‘Go back, you are not allowed to leave the District’.

We were living in fear in an open prison. Lives were at risk 24/7. Often, young people used to come along with soldiers in our homes. They took our wives and daughters and raped them for hours. After finishing they used to beat them leaving either as dead or in shocked and fainted state.

The village was set on fire many times by military. We were treated worse than animals. They used every form of torture and abuse. In July 1994, we crossed the border to enter Bangladesh and took asylum in an already established camp in Cox’s Bazaar. The situation here was also not good. Instead of accepting and helping us as tormented humans, right from my first day in refugee camp, the government had been trying to repatriate us by bullying us. 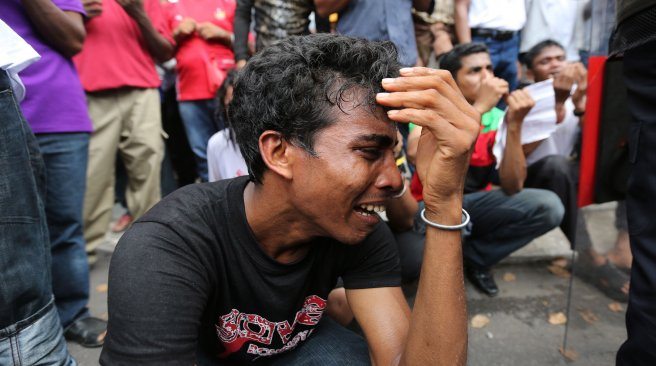 In the days at camp, they neither allowed us to leave the camp nor did they provide us with proper food. There was a single doctor in the whole camp who treated patients like animals. Sick people in the camp, due to the rude behavior of doctor preferred to stay in the camp despite of visiting doctor. We were too poor to buy the prescribed medicines. Large numbers of people died of tuberculosis and other infectious diseases in the camp. People were trying their best to flee from here.

One managed money moved to Pakistan, Indonesia and Malaysia. Instead of paying money, the traveling was a life threatening risk. Smugglers are not trust-worthy people; they just look at their benefits. Sometimes they betray us and take us to false destinations. But our lives right from our birth are full of risk and constantly in danger.

This year with my two sons I fled to Malaysia. Initially we travelled in small boats from the camp and later we were transferred in a larger vessel. The smugglers charged us 5000 ringgits as the cost of the traveling. We were given some biscuits and some water to drink daily. The ship was over-crowded and congested. There was no place even to bow down to God in prayer. We were not informed properly by the crew about the destination. They wanted to take us somewhere else, I don’t know where, but my friends were full of fear, and saying it would be a miracle if we reach Malaysia safely. 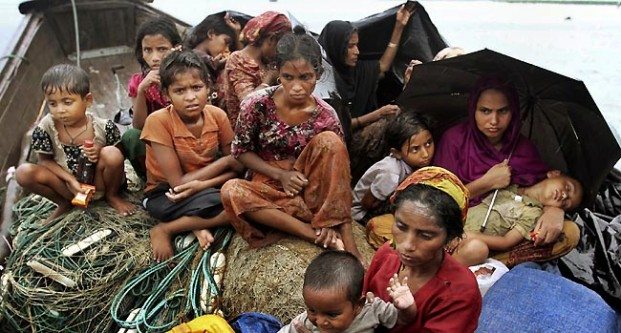 In mid-March the crew told us that we were near the Thai coast and in two days, we would arrive. All the people who had paid money would move to Malaysia through a land route. But we were not turned away by the Thai Military. People quarreled and fight over little issues like food and water on the ship many times, but fortunately I survived all these mishaps. All this traveling was horrible, thinking every next day would be the final day of my life because the ship was so overcrowded and the crew members continued to treat us savagely.

They used to beat people ruthlessly who could not pay ransom. More than ten people were thrown from the vessel in the deep sea before my very eyes. Their deaths left us in torment. We reached on the coast of Malaysia last month, but the vessel was turned away by the Malaysian forces to Indonesia. We remained on the border of Malaysia and Indonesia for two weeks. Our crew had left us. In Indonesian waters, we saw some fishermen. We pleaded them for help, but they could not understand us. However, they responded to our gestures for help and moved us onto smaller ships and carried us to the coast. They helped us. They provided us with clothes, food and tents. We are really much thankful to them”.

All these Rohingya boat people have been on perilous journey and are in urgent need of medical treatment to save their lives. Rohingyas have been and are deprived of most of the human rights, as mentioned by Universal Declaration of Human rights. The silence of UN, US, OIC and Muslim countries is astonishing. These people are human.