To share with you refugee stories you may not have heard, Sofia Battisti translated into English those collected here by this Italian newspaper.

“It’s better dying than staying in Libya. You die once in the sea; if you stay in Libya, it feels like you die everyday”. Those are the words of Bakary. At 16 years old, he’s a minor currently hosted in a homeless shelter in Calabria, in the south of Italy.

Bakary comes from Guinea Bissau, and he has reached Libya through Gambia after four weeks travelling in the desert. In Libya, the beds where he slept were full of insects, and even though he had paid fpr the journey, he was forced to work for free for the hosts.

“The ones who refused to were punched. I have seen people dying and being buried a couple of metres from where we slept. 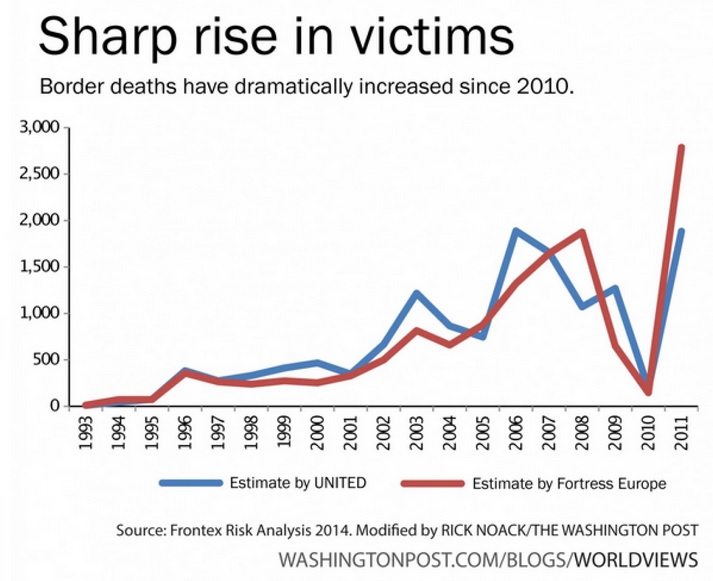 “I’m Sonia J. I was born in Nigeria in 1991, and I’m four months pregnant. My husband and I wanted to reach Europe to give a better future to the son I’m carrying.

One night in Tripoli, they made us get on a dark rubber boat. There were 120 of us, and there was bread and water for everyone, but there weren’t enough lifejackets.

After four days of the voyage, the rubber boat capsized. We were too many, and the waves and the sea were not calm. Only ten people survived. My husband is dead. He was 28 years old. Now I’m just asking to be helped to in Italy, find a job and raise my future son”.

“My name is Al. T. I escaped from Syria three years ago to reach Lebanon, where I had stayed for two years before leaving Beirut to go to Karthum. There, I met a Sudanese man, whose name is Bachir, who offered to take me to the Egyptian border for $600.

We were 28 people, and we travelled on an off-road vehicle. [When we] arrived there, Bachir delivered us to other people that made us cross the desert to arrive in the Libyan city of Ajdabya.

We stayed two days there, and then an high police official asked us to pay $900 for the journey, and he also asked us to pay another $500 to take us to Tarablus, where they put us in a farm for some days while we were waiting for another official who we paid $1,000 to deliver us to another guy, Rafou, who was well-known as the best organiser of travels to Italy. One night, we had waited for five hours before we were boarded on rubber boats, which transported us to a fishing boat. 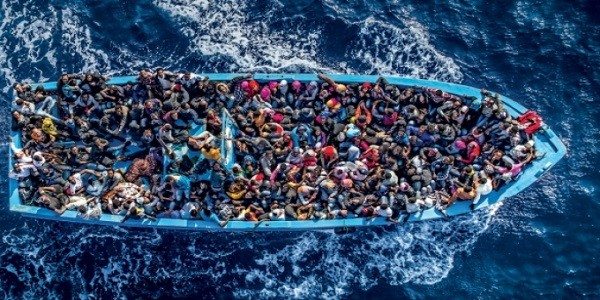 We were at least 700 people. There were women and children, too. We were all stuffed in the cargo hold. During the voyage, those who were stuffed close to the ship engine couldn’t breath. They vomited. Children cried begging to get out and breathe some fresh air.

I saw a man with diabetes feeling sick. He shouted in desperation, but nobody listened to him. He died a few hours later. There was no food and no water on board, and nobody wore a life jacket. A ship of Italian navy rescued us. I have some relatives in Holland. I only ask to go to them”.

The Italian navy saved 150,000 lives since the beginning of the operation Mare Nostrum started in 2013 as a response from the Italian government to the increasing migration.

As you have noticed, migrants aren’t terrorists. Most of them are simply escaping from the terrible situation of their country.

Submitted by Sofia Battisti, who decided to start blogging because she could no longer pretend she wasn’t seeing the atrocities and violence that many people have to face everyday. She is interested in many issues, especially humanitarians ones. She has decided to write for PCI to give a voice to those who no longer have one. As Malala Yousafzai said, “When the whole world is silent, even one voice becomes powerful”.