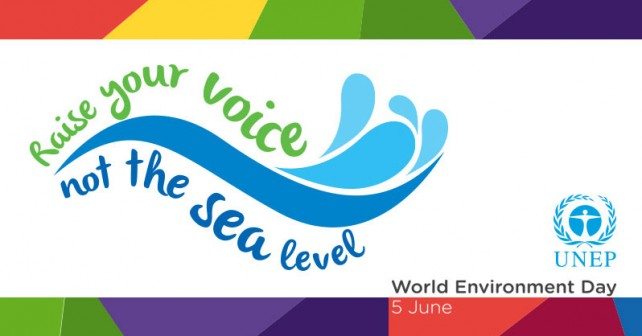 Tomorrow is World Environment Day (WED), the one day a year where we treat the planet the way we should every day. Failing that 364-day dedication, as many of us do, WED calls us to environmental action with its annual campaign involving 100+ countries, countless pledges and the planting of what has to amount to thousands of new trees.

The United Nations Environmental Programme’s WED has been going on since the 1970s. Each year has a different theme and host country, but WED’s primary message and community activities related to environmentalism and sustainable development remain the same. Considering that we now know climate change won’t leave a single human unaffected, environmental action is more important than ever.

In honour of WED, schools, communities, companies and cities across the globe rally their members on 5 June and plant trees, clean beaches and parks, hold discussions, organise green-living workshops – anything that improves the environment, from the UK school that’s having its students bring in waste-free lunches to the city of Osaka in Japan that’s declaring the entire month of June ‘Environmental Month’ and holding a symposium. (By the way, it’s not too late to organise your own activity. No matter how small, it will make a difference).

As for this year’s WED theme, ‘Raise your voice, not the sea level’, the UN has turned its attention to Small Island Developing States (SIDS). These nations are particularly susceptible to climate change, as proven by the fact that they are already experiencing more hurricanes and increased coastal erosion. Add to that the effects of pollution on water supplies and biodiversity, and the environmental situation in SIDS is especially dire. Government corruption, limited resources and a reliance on foreign imports don’t help either. As such, the green economy holds great promise here. Therefore, WED’s 2014 host country is the Caribbean nation of Barbados, which is in the process of transitioning to this cleaner, low-carbon, more self-sufficient system. Barbados’s primary form of alternative energy? Solar, of course.

WED is a day for every human to make the world a better place, but young people have a special role. Youth organisations around the world get involved, and as for young people in SIDS, considered ‘the most vulnerable group living in the most vulnerable places in the world’, WED recognises the importance of organisations like the SIDS Youth Network, the Pacific Youth Council, the Caribbean Youth Environment Network and many more. Check them out, get inspired and take action. It’s WED!