The Land of the Fee 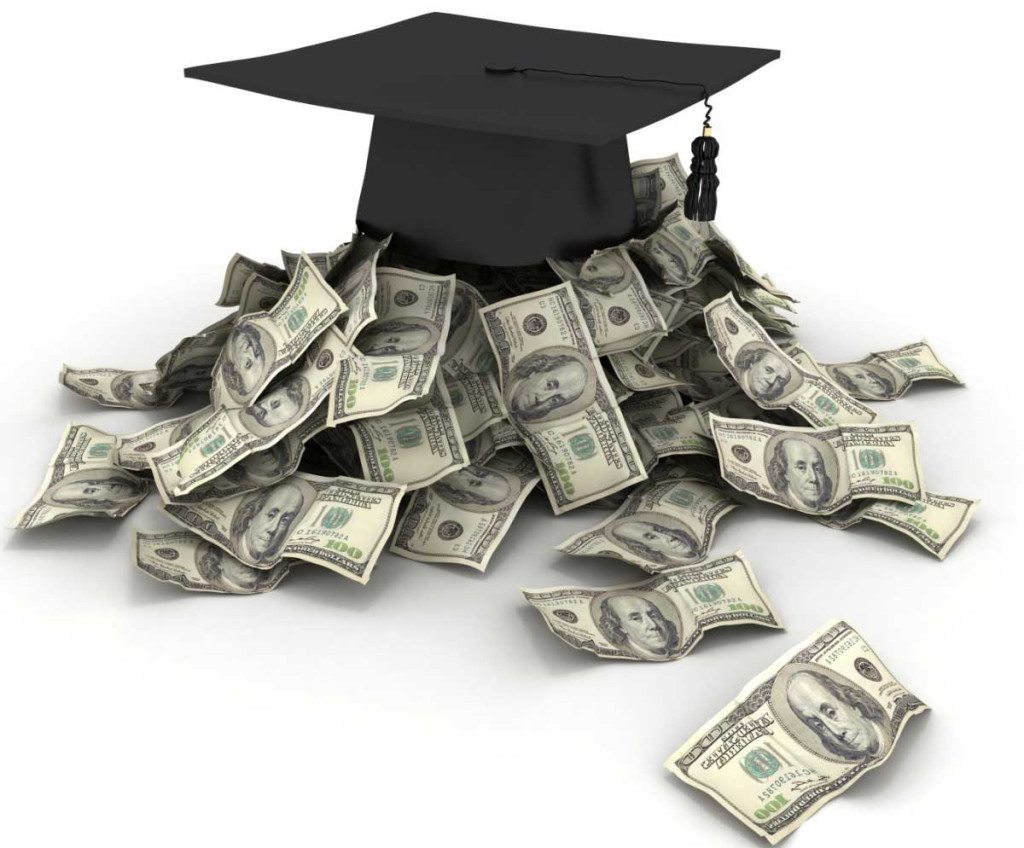 Like many Europeans, young people in the United States are faced with high unemployment. But unlike in Europe, most American university students rack up thousands of dollars in debt before they even land their first full-time job.

To most Europeans, these numbers are inconceivable. They make the UK tuition cap of £9,000, which caused huge student protests in 2010, seem like child’s play. American students would gladly trade for that $15,000 price tag.

While financial aid is available at most universities for students who qualify, few receive full coverage. Many students still need to take out student loans, either from the federal government or private lenders, to make up the leftover costs.

Of those graduating in 2012, 71% of them had outstanding student loans averaging about $29,400 (£17,400, €21,300). Overall, forty million Americans have outstanding student debt amounting to a total of $1.2 trillion. Add to this the exorbitant monthly interest rates, and students struggle to even make a dent in the principle amount.

Student debt has no bankruptcy protection. Student loans cannot be refinanced like a mortgage (although Massachusetts senator Elizabeth Warren is looking to change this). Of the forty million Americans with student debt, just seven million have defaulted. Defaulting is risky. It ruins a person’s credit rating, making it difficult if not impossible to buy a house or car, get a credit card or even secure a job. Even death doesn’t make student loans disappear – the debt simply transfers to the student’s family.

As interest rates mount on their student loans, young people try to find work as soon as possible after graduating. Like elsewhere, however, the job market in the States is bleak. The unemployment rate for 18 to 29 year olds was 15.5% in April. Competition for high paying jobs is fierce, Bachelor’s degrees are ubiquitous and youths having to settle for unpaid internships doesn’t help their debt problem. Young Americans are crushed under the weight of their university education.

What action is being taken? Well, Obama has introduced a debt forgiveness plan for those with federal loans. There are stipulations, but essentially, if regular payments are made on the loans for 20 years, the government will erase the remaining debt. Millions have already enrolled for this plan. On a smaller scale, Senator Warren is trying to secure a refinancing option for student loans. In defence of her bill, Warren stated that the government making huge profits off of the backs of students who are trying to better themselves is “just plain wrong”.

So progress is being made, but not fast enough to save this generation of young graduates. Tragically, the education they went into debt for can end up useless – they’re in jobs for which they’re overqualified, or they’re finding that their studies didn’t provide them with the experience and skill sets they need to get decent work. The only certainty their education has provided is that they will be in debt for a long time to come.