Rainfall 400 times greater than normal fell in Kashmir in the first two weeks of September, the concluding stage of monsoon season in India. The torrential rainfall resulted in local rivers breaking out into the streets.

Climate changes during the last few years have brought about floods, torrential rains and various other problems. These catastrophes not only cause massive damage to economies but also large numbers of casualties. In the Jehlum, 100,000 cusecs (cubic foot per second) of water was gushing down at Sangam. The flooding of both the Jehlum and Chenab rivers caused huge damage to the infrastructure and human life in Kashmir and the Punjab.

After analysing these incidents of the past ten years, we know now that the globe faces a major crisis in the form of floods almost every year – in 2005, Mumbai received heavy rainfall, and the flood of 2006-7 saw Malaysia’s worst flood in its entire history. In 2007, a major flood hit many African countries, and in 2010, China faced the worst flood of the century. Not only were hundreds of lives lost but also millions were displaced and the economy of calamity-stricken areas suffered a huge loss as a result of these crises.

Unfortunately, Pakistan has also been affected by these climatic changes. The country has faced four consecutive floods every four years since 2010. Around 2,000 lives were lost in the floods of 2010 and 2014. Recent floods have affected 2,500 villages and displaced 80,000 people. On the other side of border (Indian-occupied Kashmir), the death toll is around 280 and Srinagar, the summer capital of the region, was submerged. 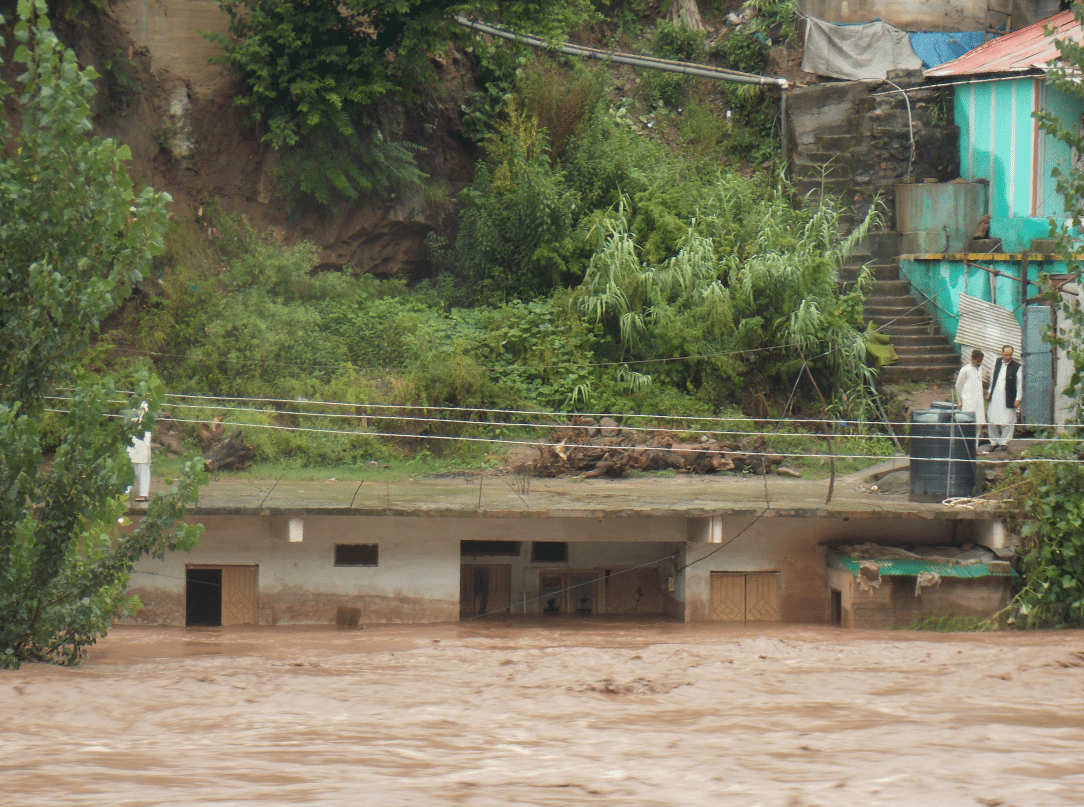 Azad Kashmir, a beautiful valley located in the heart of the Himalayas, has badly been affected by the recent flood, too. There was continuous heavy rainfall from September 2 to the middle of the month. According to Akram Sohail (secretary Disaster Management Authority), 36 casualties resulted from the flood in Azad Jammu and Kashmir. Not only were settlements and houses close to the river inundated, but also the Srinagar road that connects administrative capital Muzaffarabad to Srinagar, which was destroyed due to landslides. 836 houses were completely demolished, and hundreds of shops were buried in the landslide.

Asia bibi, a resident of Nagdar in the district of Neelum valley, recalls the story of the tragic incident happened here on the night of September 6, when her world was swept away:

‘My husband works in Muzaffarabad. I was with my six children in my wooden house. It had been raining heavily for four days. Our farms are along the riverside. Roads being blocked due to land sliding, there was no communication source through which I could make any contact with my husband. Our garden had also been destroyed. Apples and other fruits, which were the sole source of bread and butter, were spoiled in the rain.

The actual calamity for me took place on the night of 6 September when we were sleeping, and all of sudden, neighbours shouted to vacate the house as the water level had reached very close to my house. I yelled at the children, “Hurry up! Hurry up!” At once, the children woke up, shocked. They were frightened and upset.

After four hours we managed to get out with many of our neighbours, wet and scared. The rain had not yet stopped but we followed others to reach another house at some height which was almost at a safer location for temporary stay. 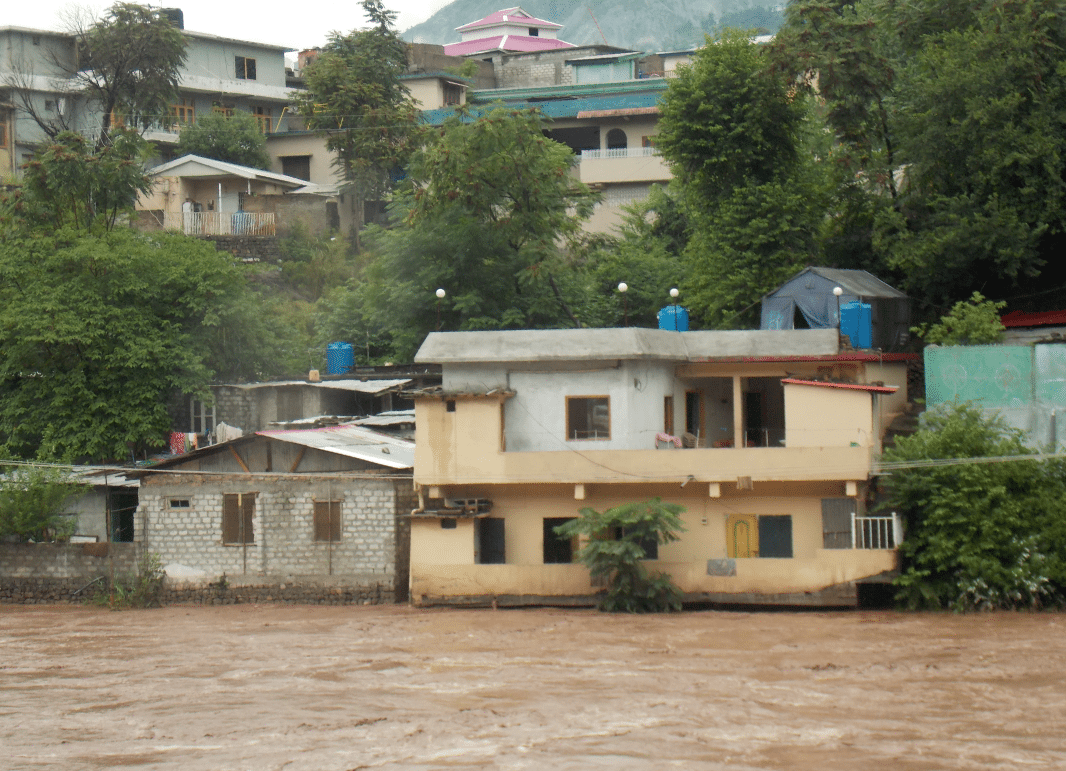 I had a buffalo which had already been carried away by the merciless whirls of the river in flood. Our house was destroyed later, and the flood took away the stock of the wood as well which was piled to be used as a fuel during the winter.

I still remember anguished cries of the frightened children, women screaming for their loss and the heavy rain that caused the Neelum River to sprawl here so far outside its banks. Many people come here to observe the destruction, but the true pains and troubles can be realized only by those who have been affected by the perilous situation’.

India’s monsoon centre, due to the climatic changes, has been shifting from the central Punjab to the northern Punjab and Kashmir. These areas have less capacity to absorb rainwater when compared to the Punjab. This shift is an alarming sign to the environmental stability of the region. Various measures are needed to stop these climatic changes; the most important of them is to lessen the carbon discharge.

Unfortunately, Pakistan and other developing countries have not put environmental problems on their priority list yet. Rapid deforestation on massive scale, carbon emissions, the extinction of various species and environmental pollution are the major problems to which Pakistan has to pay attention to save future generations. According to the experts, if the developing countries do not pay heed to the environmental problems, they would be at high risk for such calamities in future.