Internally displaced persons are different from refugees in that they have not crossed international borders. Yet their nightmare is the same. Tamar’s own country of Georgia is proof.

Georgia’s geopolitical location is unique; it lies at the crossroads of the Europe and Asia, east and west. Historically, Georgia was an arena of collision between the powerful empires of Byzantium and Persia, each fighting for the control over the vital trade routes of the Silk Road passing across the Caucasus.

Over the centuries, my country has always been a fascinating and attractive for travelers. Now, it has a chance to become a hub of activity again – once it tackles all its existing challenges.

The South Caucasus region is not only fascinating to modern experts because of its geographical location, but due to ongoing challenges. Georgia, even in the two decades, has witnessed violent conflicts and an increasingly diverse population, and it is still vulnerable to security-related threats, strains and constant external pressure from our neighbour Russia. Twenty per cent of our territories are still occupied by Russia, which remains a serious obstacle for our country. 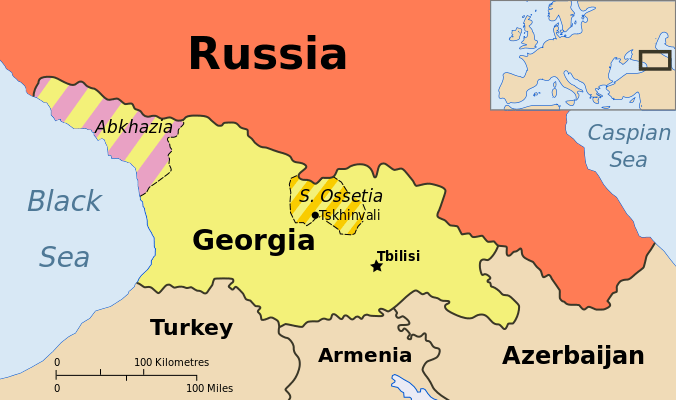 There were up to 206,600 IDPs (internally displaced persons) registered by the Georgian government at the end of 2013. Most of the IDPs were displaced in the early 1990s as a result of armed conflict in the breakaway republics of Abkhazia and South Ossetia. Talks between the major players never involved IDPs, and the situation of IDPs has further deteriorated after the war in 2008.

This conflict resulted in a new wave of forcible displacement, dividing families and causing further pain and hardship. The installation of barbed-wire fences and so called “state border” signs and other artificial obstacles along the occupation line have had negative impacts on the livelihoods of the local population.

Families are compelled to leave their houses, thus creating yet another generation of IDPs. The government has made significant efforts to help, but much more has to be done to provide even the basic decent conditions for each IDP.

These fences and signs are a violation, depriving of the fundamental rights and freedoms of the people residing within the occupied regions and in the areas nearby.

I believe that internal displacement is more than an internal problem. It requires the collective will of the international community and its concerted efforts to be effectively addressed and ultimately prevented.

Great is the contribution of the whole international community in supporting Georgia’s territorial integrity within its internationally-recognised borders. Sending a strong signal of solidarity is of utmost importance for Georgia’s internally displaced persons.

Article submitted by Tamar Todria, a graduate from the Institute for European Studies’s Interdisciplinary English language programme with an MA in European Studies and a BA degree in International Relations from Ivane Javakhishvili Tbilisi State University’s Faculty of Social and Political Sciences. Read her other blog Education Reform: Post-Soviet Georgia.