Young entrepreneurs in Egypt are part of a new wave of self-employment sweeping the nation, and Mostafa Shahat interviews them.

The unemployment problem in Egypt has existed for decades. Generations born in the seventies and eighties never had the chance to engage with the entrepreneurship trend that is currently very popular. They were either working in government entities or joining the private sector, which was not very creative or entrepreneurial and often meant family businesses.

The generation that was born in nineties is the leader of the entrepreneurial ecosystem burgeoning in Egypt. Entrepreneurship has changed the way people look at and engage with their communities, and there are now many successful examples of young people who changed their careers to become entrepreneurs.

They are not only helping their communities but generating income for themselves. They are self-employed at very early age, which is something that older generations never had the chance to do. Amr Mashaly is one of these young people.

Amr Mashaly is a senior student at faculty of pharmacy at German University in Egypt (GUC), the co-founder of the Bosla Consultancy, the founder of Hult prize GUC Campus, the founder E3raf (which means “know” in English) initiative, the junior project coordinator at Imagine S2E entrepreneurship programme and, finally, a vice president of the student union at GUC.

In 2013, Amr was selected to be a vice president of the student union at GUC, as he has shown an excellent leadership and ability to lead and motivate young people. In seven months, he succeeded in conducting and organising different trainings and events that benefited more than 5,000 students.

In 2014, Amr founded the first student-run consultancy company in Egypt, called Bosla (which means “compass” in English), that is based in the German University in Cairo. In coordination with Imagine S2E and DAAD, Bosla’s strategy is focused on providing high-quality, durable business solutions for SMEs (small and medium-sized enterprises), which form over 90% of the Egyptian economy and yet are underserved by the business sector. Bolsa has already provided consultancy services to more than twelve companies across a variety of fields. 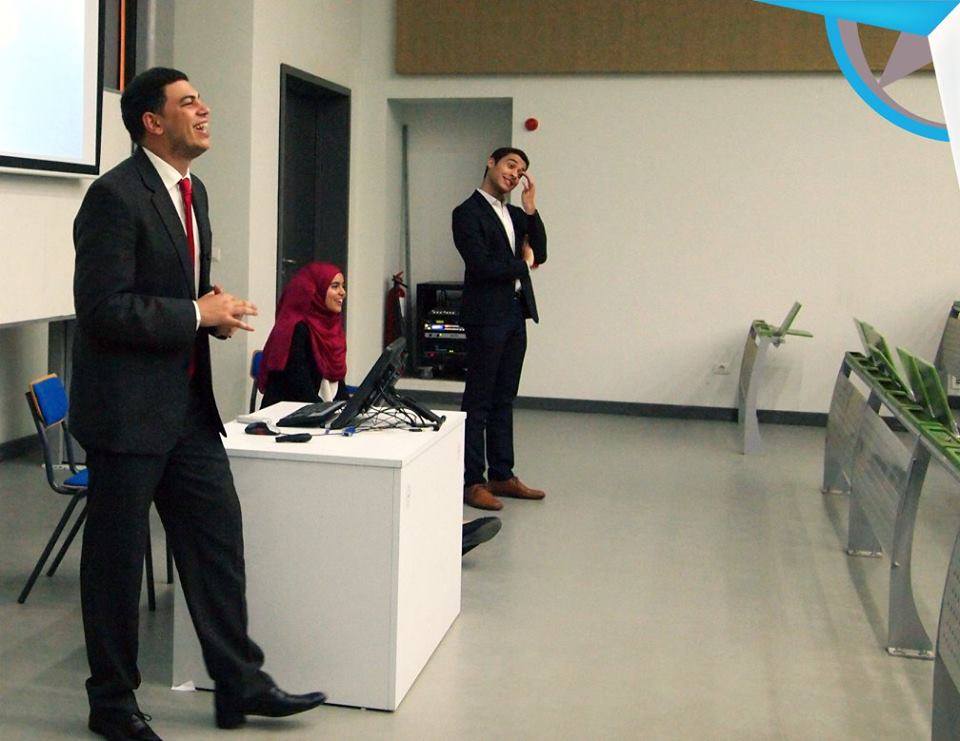 In 2015, Amr franchised the international Hult prize competition in GUE. The competition brings together the brightest college and university students from around the globe to focus on solving the world’s key social challenges and awards $1,000,000 USD in start-up capital to the winner.

The theme of the competition in 2015 was “how to double the income of people who are living in slums by 2022”. Amr and his team received 36 project ideas and selected 3 teams from those who will travel to three different destinations (London, Dubai and San Francisco) to pitch their ideas in the semi-final. 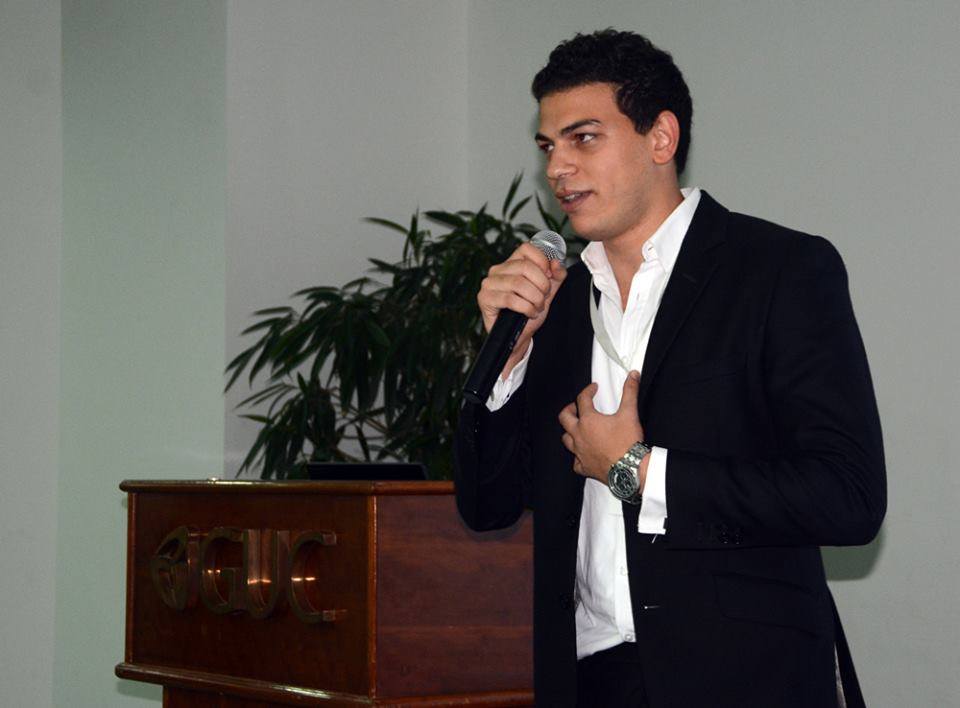 Amr has been invited on different TV shows to talk about the Hult prize, including Nile International TV, ONTV and Radio 9090. The competition has also been featured in Sada Elbalad, a local Egyptian newsletter.

Amr decided to work in the entrepreneurship sector after finishing his college this semester in June 2016. He is currently working as the junior project coordinator at the Imagine S2E entrepreneurship programme. The programme incubates project ideas and helps turn them into successful companies.

Since Amr started working at Imagine, he has conducted info session for more than 250 students. The programme has received more than 60 project ideas and selected the best 12 projects, now well-established companies, to work with multinational companies.

Amr’s own initiative E3raf works in tourism field. He has not launched it yet, but he is planning to do so by July 2016. E3raf raises awareness about the different civilisations of Egyptian history, bringing children on one-day trips exploring new areas every day.

This is achieved through interactive learning methods and professional high-quality programmes that are designed to deliver information in a interesting and memorable way.

Amr has a passion for entrepreneurship and tourism. He has travelled to the UK, Germany and Bulgaria to attend entrepreneurship trainings and has conducted a Euro trip to more than twelve more countries in Europe to expand his horizons and experience new cultures and environments that will help him to be more open-minded and connected to the world.

Article submitted by Mostafa Shahat, volunteer responsible for Arabic guest bloggers in the MENA region and an African Egyptian entrepreneur who has established one of the most successful youth communities in Egypt, Goal Oriented Learners. Mostafa has studied social entrepreneurship in the USA and is currently the Middle East & North Africa representative at StudySearch (Nigeria) and the Egypt representative for All Events in City (India). Mostafa is also a reporter at Nudge Sustainability Hub. Email him at mshahat@golteam.org and check out his other blog A Syrian’s Success in Egypt.