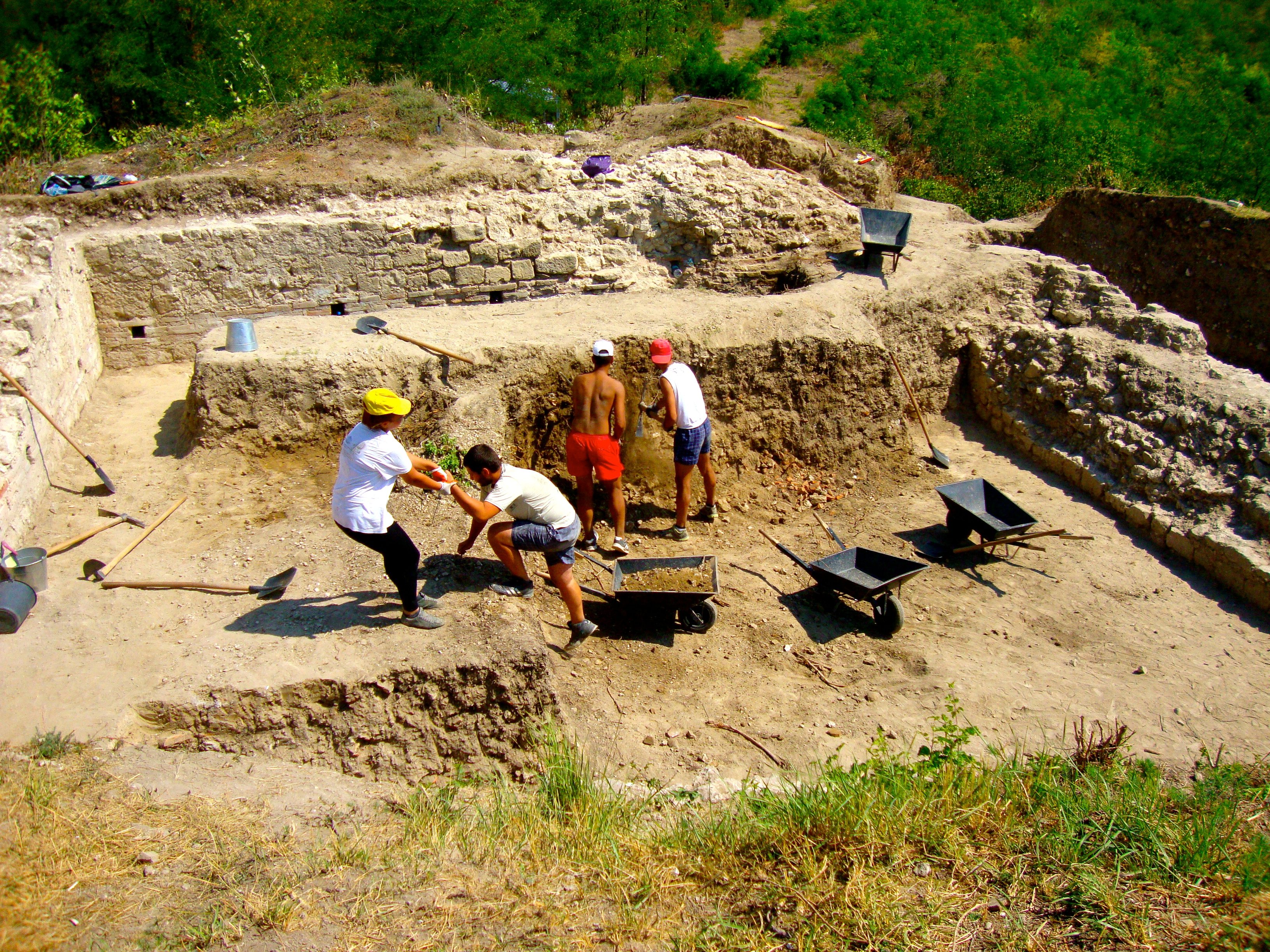 For the final instalment of the Effective Practice Guide to Youth-Led Green Job Creation blog series, we head to the small county of Dolna Mitropolia in northern Bulgaria. Archaeological Summer is a month-long programme for young people of that municipality. It doesn’t have a website, but it has a good reason for that – to quote European Integration, Projects and Programs Department Head Tanya Nikolova, ‘we have problems with treasure hunting raids and deliberately did not want to promote the practice in Bulgaria at this stage’.

Archaeological Summer wasn’t developed solely to tackle the problem of youth unemployment though it has given young people vital work experience, built their skills and allowed them to learn more about their country’s history and culture. Archaeological Summer was developed to address another issue with which Dolna Mitropolia struggles – roving treasure hunters who rob the region’s historical sites of artefacts. The young people’s archaeological digs are ‘rescue excavations’, clandestine so as not to reveal the location of the site or the project to treasure hunters.

Unlike our other features in our EPG, Archaeological Summer is a local government initiative. In other words, it’s funded by the Dolna Mitropolia municipality and supported by the mayor himself. Archaeological Summer is a way for the country to achieve two aims at once, and it’s working brilliantly. Its success in its initial year of 2013 has led to a doubling of its budget and the number of its participants for 2014. The programme even has a long term goal: to develop a tourist site with trained staff of young people.