Women have been proving to Egyptian society for decades that they can positively affect their communities and create change with their entrepreneurial ideas. They have defended their rights and fought until their voices were heard.

They are playing important roles in the Egyptian community, and there are many examples of women who have successfully made changes politically, socially and economically in their societies – especially the young generation, who took part in the great Egyptian revolution of 2011, and whom we see now as leaders in their communities.

One of the youngest entrepreneurs in Egypt is Shimaa Goda, who founded, at early age, two successful startups. With her excellent leadership and talents, she also holds managerial positions in different organisations that defend and support women’s rights in Egyptian society.

In 2013, Shimaa joined the Egyptian Feminist Union as activist. She runs campaigns that focus on gender equality and runs trainings and programs that support women professionally in their careers. 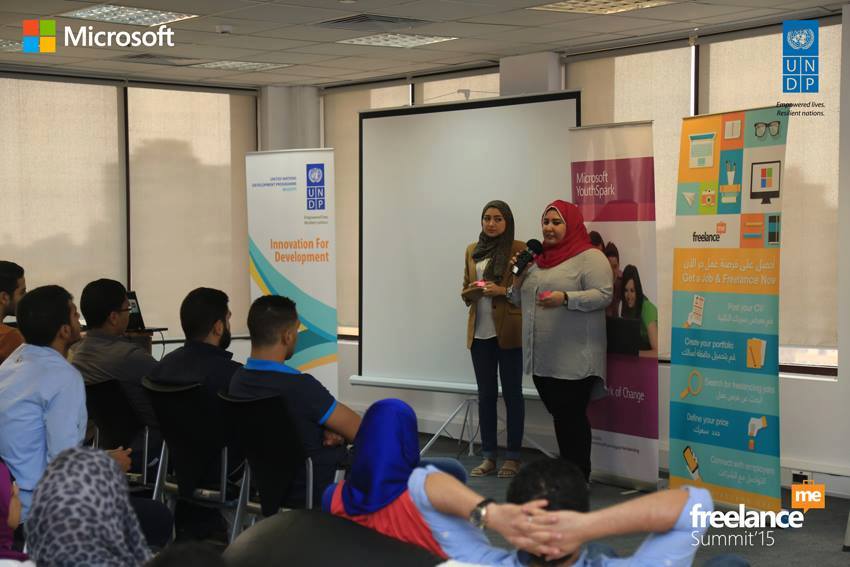 In less than a year, Shimaa has reached more than fifty thousand women across age groups and social levels. Because of her leadership, she was promoted to general secretary for the union.

In that same year, Shimaa co-founded one of the most successful fashion brands in Egypt: Maleka Fashion House. Shimaa managed the sales and styling and operations departments, and she managed to break even in her first year.

In 2014, Shimaa was selected president of the Aspire Woman Club at Ain Shams University. Aspire Woman is an initiative supported by Microsoft Egypt that focuses on supporting young women across the Arab world. 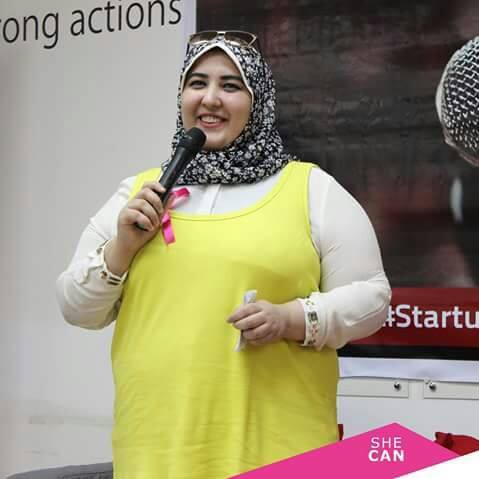 Shimaa was responsible for three hundred members who run campaigns and programmes and conduct trainings. In less than a year, the club reached ten thousand young women in Egypt.

Recently, Shimaa has founded her own Fashion House Plus Plus, where she managed again to break event point and hire 15 full-time staff.

Shimaa has been invited to many conferences as a speaker to talk about her success and how to start up businesses at age 21. She also delivered a motivational speech for young girls about how to overcome obstacles.

Article submitted by Mostafa Shahat, the volunteer responsible for Arabic guest bloggers in the MENA region and an entrepreneur who has established one of the most successful youth communities in Egypt: Goal Oriented Learners. Mostafa has studied social entrepreneurship in the USA and is currently the Middle East & North Africa representative at StudySearch (Nigeria) and the Egypt representative for All Events in City (India). Mostafa is also a reporter at Nudge Sustainability Hub. Email him at [email protected] and check out his other blogs, like A Syrian’s Success in Egypt.