Knowing the English language is becoming a mandatory requirement for jobs in Egypt. There have been many language training centres that have been operating in Egypt for years, which makes the competition very intense. If an entrepreneur would like to penetrate this market, he/she should be creative and add a new value that grabs the attention of young Egyptians. 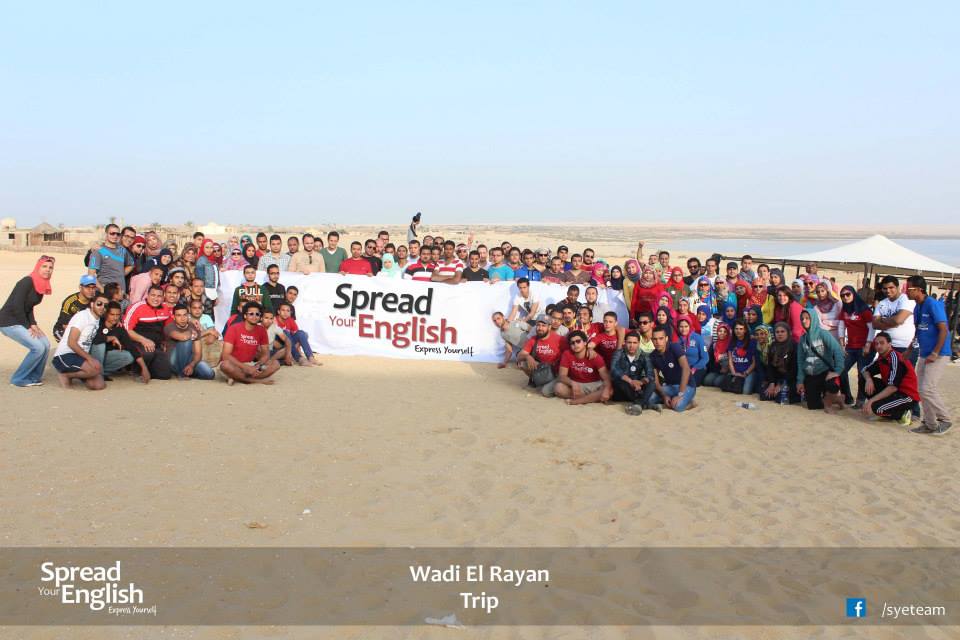 Ahmed Hosni Elhareri founded a unique social enterprise named Spread Your English (SYE), an English community that has not grabbed only young Egyptians’ attention, but also twelve other nationalities that live in Egypt and don’t speak English as a first language.

SYE builds a community in which young Egyptians not only learn English through classroom learning but also activities, games and trips all over Egypt with native speakers.

‘SYE succeeded because we are very keen to help young people to improve their English language skills,’ says Ahmed. ‘We helped them to be immersed with native speakers’ culture and learn the language through practice’.

SYE is considered one of the unique social enterprises that teaches English and other foreign languages through practical, hands-on activities.

Ahmed started SYE in 2010 and currently has about 30 full time employees. In the last six years, SYE trained over 60,000 young Egyptians with over 400 native speakers of English coming from all over the world. SYE has organised 300 trips across Egypt for more than 15,000 young Egyptians who played games and joined different group activities with native speakers to learn the language through practice.

‘Kids learned the language by practice’, says Ahmed. ‘We found that playing games and having fun while learning has much more effect in improving language skills’.

SYE has one day free a month to speak with students and fresh graduates who would like to study abroad about scholarship opportunities. They also help them write their applications and answer the essay questions. For graduates who are searching for jobs, SYE reviews their resumes and cover letters and makes them looks more professional.

‘Travelling abroad will not only help young people to expand their horizons and improve their languages, but they will have access to information and other facilities that we don’t have in Egypt’.

There are currently 20 success stories of young Egyptians who have been accepted for scholarships to study abroad or found jobs outside of Egypt because of SYE’s support.

SYE has built partnerships with five local and international companies in Egypt to deliver business English courses to their employees. In the last four years, SYE has trained more than 700 employees. SYE also offers phonetics programmes for those who want to master the American or British accent.