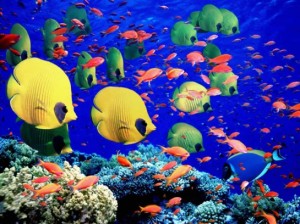 In Australia, new Prime Minister Tony Abbott has just celebrated his first 100 days in power. After defeating a self destructing Labour Party in the last election Mr Abbott has set his political stall out early. Not for him the lush rainforest wilderness of Tasmania, or the unequalled grandeur of the Great Barrier Reef. Oh no, he has staked his political legacy and Australia’s future on the short term gains on offer from extractive industries.

Australia’s progressive carbon tax has been scrapped. It was dismissed as a sop to the irrelevant left and as harming competitiveness and driving foreign direct investment elsewhere. Funnily enough, under this business-friendly-at-all-costs government, upwards of 50,000 jobs are set to be lost at Holden – a subsidiary of General Motors. Trade union officials state that “the blame for this lies squarely at the foot of the Abbott government”. This is an interesting strategy in a country that is just beginning to face up to some slight economic headwinds and experience the malign upward creep of youth unemployment. Previously, Australia had largely ridden out the global financial storm on the back of a Chinese sponsored resource boom.

One lesson that appears to have bypassed Mr Abbott is that booms tend to precede busts. So in the time-honored spirit of economic naievty he is going to back any and all of Australia’s extractive industries to the hilt. What’s that? You want to build a coal port on the Great Barrier Reef, why that sounds like a great idea. The building of this port will see 3 million cubic metres of seabed dredged, before being unceremoniously dumped on top of the reef itself. The Liberal government have moved to reassure people that the area in question is not a notable site. This line of reasoning however conveniently overlooks the fact that the Reef is a living entity. Think of it this way – your knee is not of notable importance either but you would be hobbled without it. Sadly the knock on effect of all this man made intrusion will impact negatively on endangered species of turtle and dugongs. It will also – unless Mr Abbott has seen a hole in the market for coal port based tourism – leave an economic void. It has been estimated that the Reef attracts $5.6 billion to the Australian economy every year and supports 69,000 full time jobs.

And why leave this indelible mark on the economic and marine landscape? To support, in coal, a fuel source that even a fossil fuel addicted world is turning its back on. Long term planning not your strong point, hey Tony! This same ill fated short-termism characterises decisions to loosen restrictions on logging in Tasmania’s World Heritage forests, ignore Climate Change Authority recommendations on carbon emissions and reduce funding for renewable energy. Hell, why not bulldoze Uluru while you’re at it guys!

Unlike with most governments there is not even the pretence of being “green”. Rather they are hellbent on brazenly stripping Australia of what makes it Australia. For a government whose controversial immigration policy makes out to preserve “Australianness” this is indeed ironic and wrong.