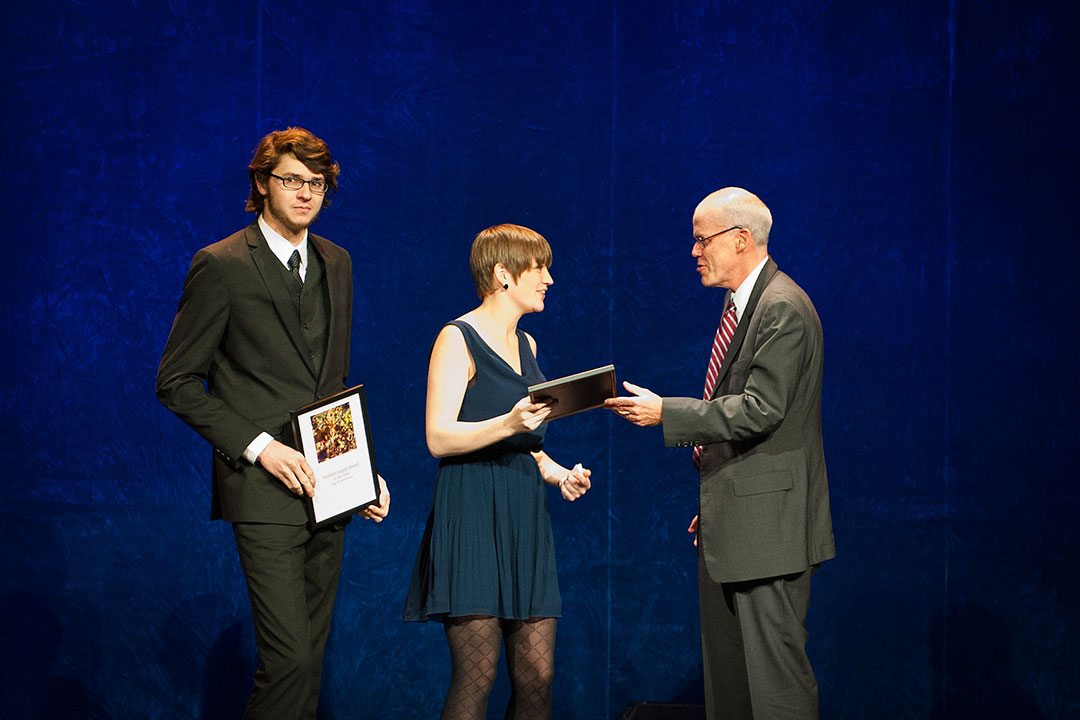 Alec Loorz, one of the stars from our recent musical, 2050 the future we want, was honoured last week with a prestigious Sophie Legacy Award at a ceremony held in Oslo, Norway. The award is presented to committed young people who dedicate their lives to combating global warming. Alec received his award in recognition of the work he has done with Kids Vs.Global Warming – an organisation he himself founded.

Like so many others of a certain age, Alec’s interest in global warming was originally sparked by Al Gore’s “An Inconvenient Truth” – a film that is now something of a modern classic, except among oil barons perhaps. The film inspired Alec to begin giving talks on the subject and soon after led to the birth of Kids Vs. Global Warming itself.

Alec received the award from noted environmentalist Bill McKibben – the founder of 350.org, an influential anti-carbon campaign. Indeed so impressed were the judging panel with Alec that they dubbed him a “mini-Bill McKibben” in the making.

After the glitz and glamour of Oslo, Alec will attend a high-level roundtable in Copenhagen entitled “Moving Beyond Business as Usual”. Among those with whom Alec will be discussing how to move to a safer more sustainable future will be the EU Commissioner on Climate Change, the President of the Brazilian Business Council for Sustainable Development and the President of the Worldwatch Institute.

Here at Peace Child International we would all like to extend our warmest congratulations to Alec – you deserve it and keep up the good work.