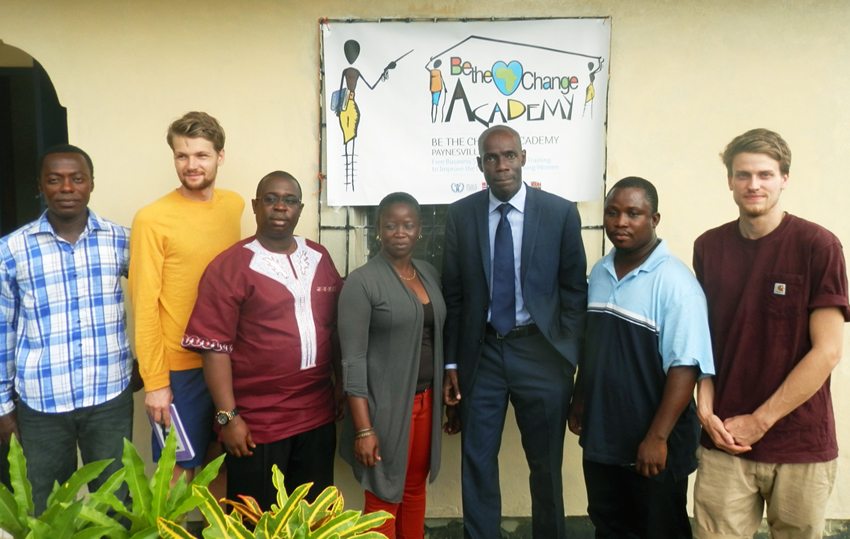 Here is a quick update on how things are progressing with our Be The Change Academy (BTCA) team in Liberia. Just to remind you the BTCA employs a leading business training methodology to support disadvantaged women aged 15-35 in developing winning business plans.

The best business plans are rewarded with funding from a revolving fund that helps participants overcome the chronic lack of affordable funding options open to entrepreneurs. A team of local professionals and experts are also on hand to mentor participants through the stressful period of getting a business off the ground.

The BTCA has been received rapturously in Liberia. So enthusiastic has been the response that there are simply not enough places on the course to deal with demand – 450 applications were received for the 110 places in the first cohort. All in all between now and December 2015 the BTCA aims to deliver trainings to 1650 young women in Liberia and given the response so far this is a target well within their reach.

Back to the here and now. Members of the first cohort who enrolled in November 2013 are fast approaching the end of their training phase and in February the best business plans will be selected to receive funding. From there, it is onwards and upwards for the BTCA with recruitment for the second cohort of trainees also set to start in February.

Since it was officially launched by Liberia’s Foreign Minister, the Hon. Augustine K. Ngafuan, in October 2013, the BTCA has already come a long way. What does the future hold? Well, the sky’s the limit!