The Youth of Gaza 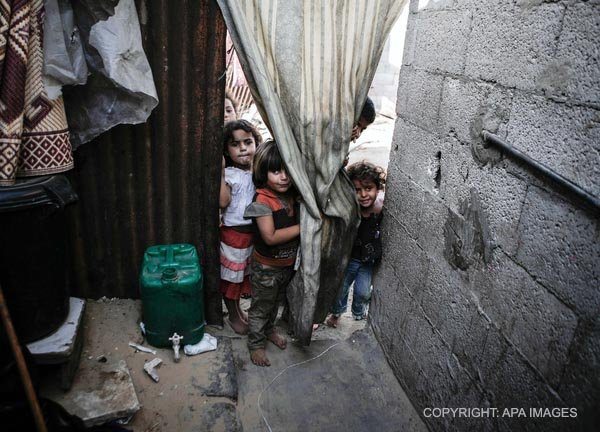 Gaza’s population is predominantly young. Half of its 1.8 million people are younger than 14, and 20% are between the ages of 15 and 24. Like other regions in the Middle East, Gaza’s youth unemployment rate is among the worst in the world – a staggering 50%. The economy and job market in Gaza have been hindered by restrictions on movement across borders and shortages of staples like fuel and building materials. Poverty plagues a fifth of its population. For young people, work and higher education opportunities are difficult to come by, and the under-14 population bubble means influxes of working-age individuals.

These demographics are already stretching Gaza’s schools thin. Classrooms are overcrowded, and teachers pull double shifts. With a current population density only slightly behind that of Tokyo, Gaza’s space issue presents a host of problems that aren’t going to get better. To cope with the projected population booms, the UN says Gaza will need 440 more schools by 2020.

Tragically, not even schools in Gaza are safe. As of the start of the most recent conflict on 7 July, more than one hundred schools have reported damage. The UN estimates that around 400 children have died, and during one week last month, that a child was dying every hour. As of the beginning of August, an estimated 373,000 children were in need psychosocial support. But all Gazan children over the age of six have lived through three conflicts. Like the children of Syria, Gaza’s youth have had to grow up fast, encountering situations many of us can’t even imagine.

Though a lasting peace has evaded the region for decades, let’s hope this most recent conflict is the last one, for the sake of Gaza’s future. ‘FREE GAZA YOUTH!’ concludes the GYBO manifesto.