The Importance Of Protesting

While traveling in Romania, Valentina Locatelli saw something she would never forget. Understand the importance of protesting with her story.

I was recently travelling solo around Romania where I had the chance to meet like-minded people and visit amazing places, connecting with both locals and fellow travellers and finding myself in a whirlwind of new experiences in just a few days.

One day I was strolling around with a guy I had met at my hostel and a Romanian girlfriend of his when we bumped into a massive gathering in the city centre of Timisoara. I don’t know if you are familiar with the city’s layout, but if not, Google ‘Piata Victoriei’. There was a river of people flowing from the national Opera, where the main action was taking place, all over the gigantic Victory Square.

I am a history nerd, so being in the middle of something in the city where 1989’s Romanian revolution started already got me emotional: I was with a local, so I decided to stop by and get to understand what was going on as well as take time to have the protest’s leaflets and the protesters’ signs translated.

People were protesting against an emergency decree planned by the government to reform current criminal law, but what struck me was the peaceful way the protest was being carried out. 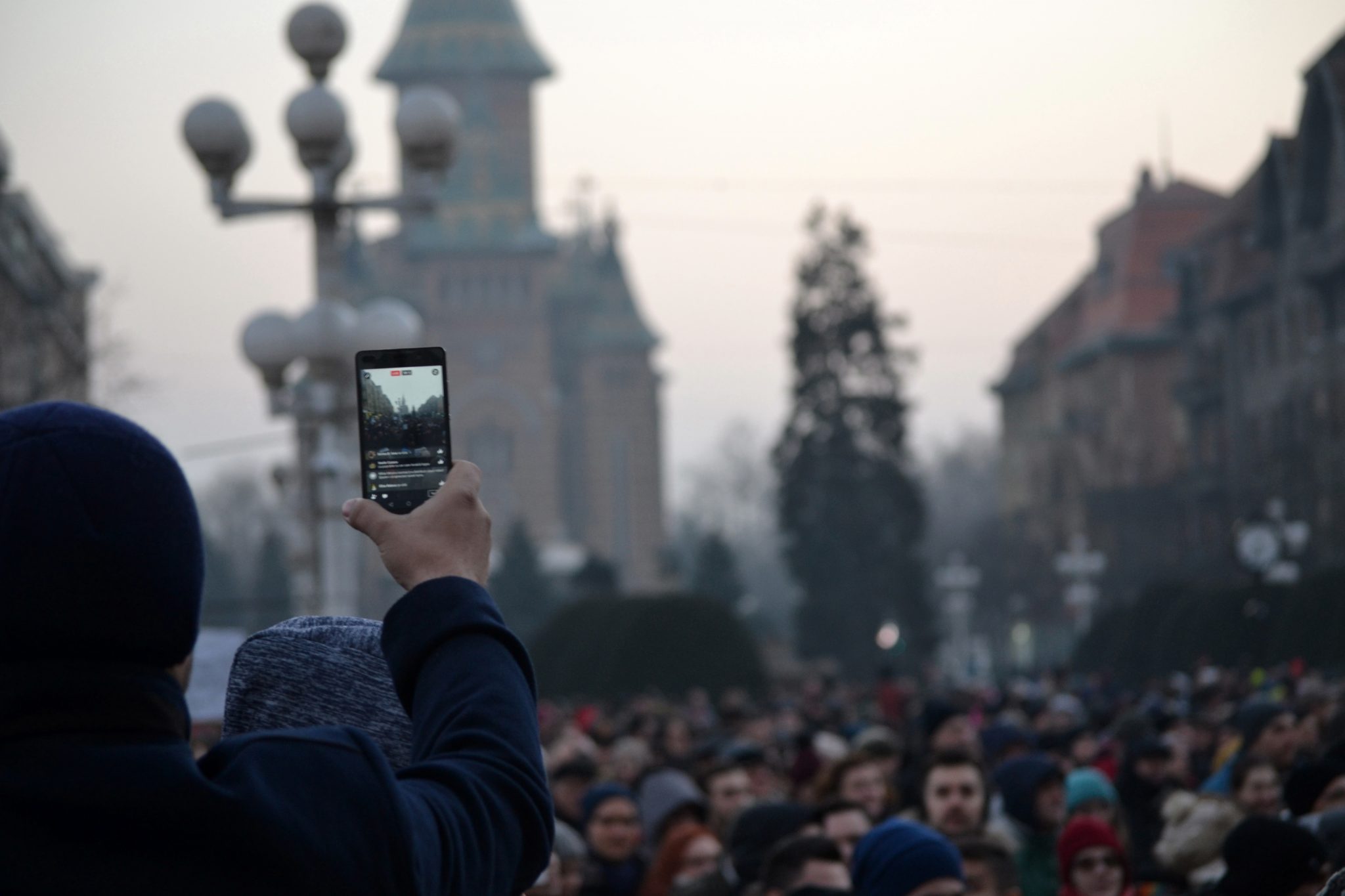 What actually struck me the most was the fact that, even though I was on the front lines and standing on a wall to have a better view, I saw very few police. There were youngsters, old people, families, a lot of kids, all in there singing and peacefully exercising their right to protest against something they did not share.

I am not that informed on Romania’s current situation to conduct a critical political analysis of the event, but apparently there are protests going on all over Romania and people will keep protesting in the upcoming weeks. 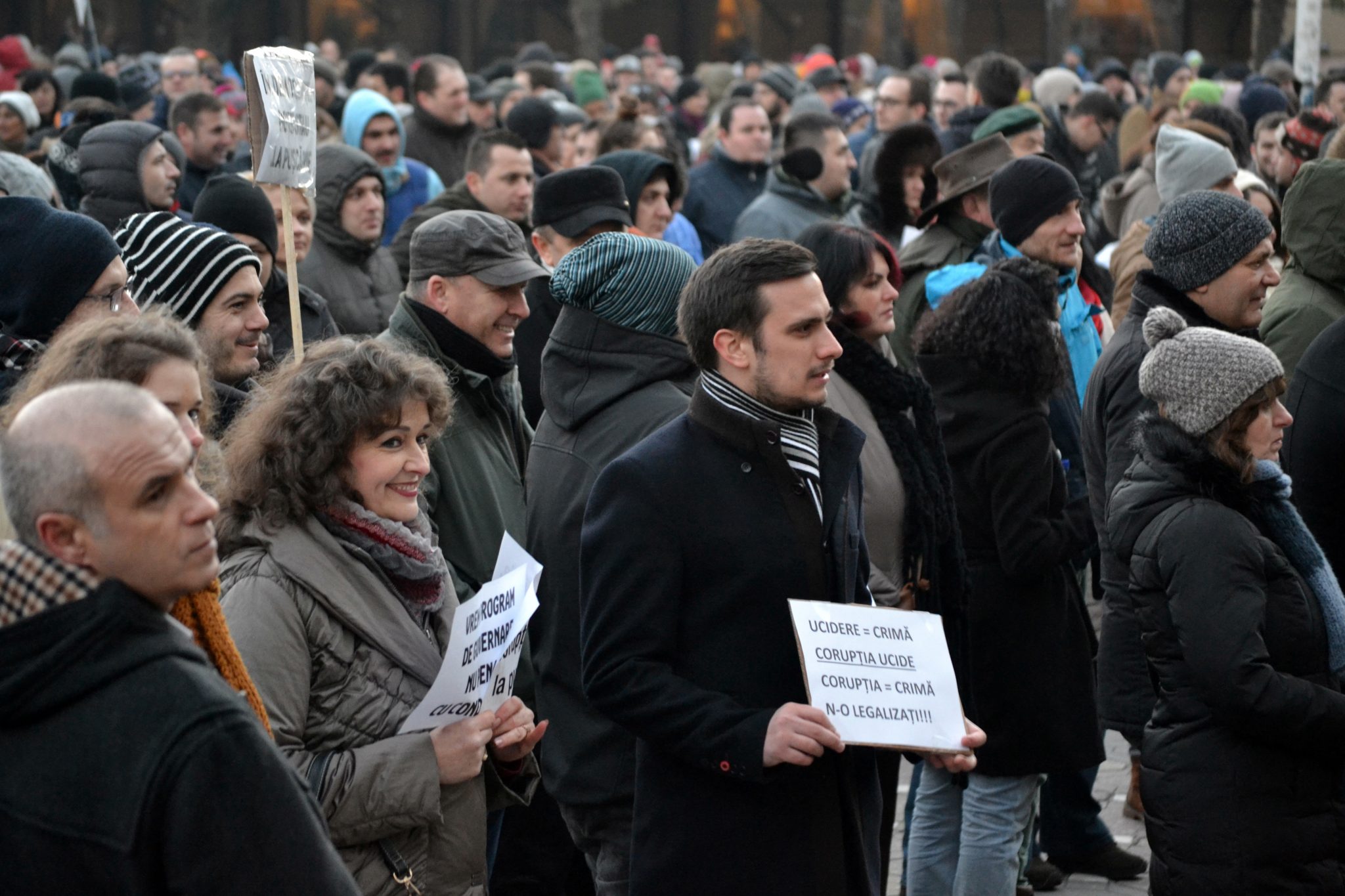 What I share is just what my eyes saw and it made me reflect on the fact that in my home country, Italy, such a massive protest would never ever take place unless there’s an almost equal number of policeman in riot gear to balance the number of protesters – even when the protest is peaceful, even when it’s about high school students campaigning to reduce their homework load.

There was no need for a deployment of riot squads, as the protest was going on with no violence at all, but even so I was impressed by the number of people taking to the streets on a Sunday afternoon and by the lack of police. There was a little girl wearing a pink beanie standing tall next to her dad. She was holding a sign which said: Let me grow properly in Romania. 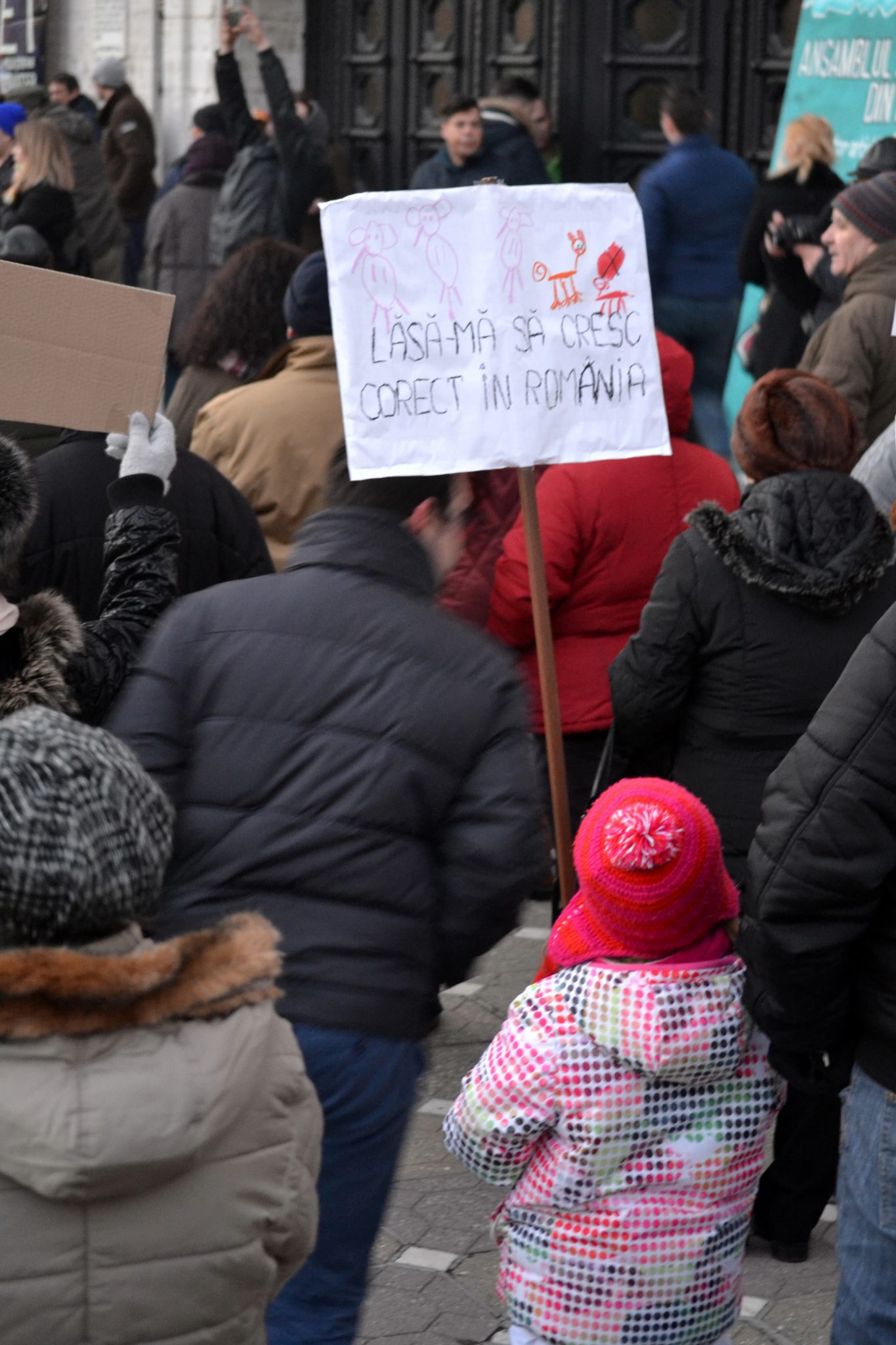 The image gave me hope for the future in an historical moment in which it feels like the world is going upside down and the only way to change the situation is to take to the streets and speak up for our rights, for what we believe in, as world citizens and as citizens of our own countries, being the carriers of a bottom-up process that should prepare a more peaceful future for the next generations.

Article submitted by Valentina Locatelli, a 22 year-old international affairs student currently working in fundraising for an Italian international cooperation NGO. She spent time in Gaziantep, Turkey as an EVS volunteer. Follow her on Twitter @v__locatelli.