Guest blogger Michael Nelson Byaruhanga continues his examination how to use sport for peace and development. Click here to read Part I.

This sport-related theme reminds me of a refugee girl I met in the camp where we lived 11 years ago. There was nobody left on the face of earth who knew who she was. No one who remembered her childhood or family, no sibling or companion who could tease her, no lover or pal with whom to reminisce. Everything about her past, from birthdays and exam results to illnesses and friendships were gone, but she went on living – living in deep fear of what the future would be.

Three-hundred meters south of our concentration camp were two playgrounds. One was for netball and the other one was for football. Every evening, the girl would be among the other girls who forgot their egos and converged there to fulfil one of their fundamental rights: the right to play.

Our camp football team played a very supportive game. We would attack as one and defend as one. This style of play formed a sense of togetherness and motivation to achieve a common goal. It also drew in fans like a magnet. Among our diehard fans was a girl called Sonia. One evening, my nose was bleeding heavily after a friendly match with the neighbouring community, and both fans and teammates seemed worried about my health. People swarmed around me with first aid.

Through the pain, I realised Sonia was cleaning my nose with cotton wool, and she remained with me even when most of the people had left. Moved by her care, we started talking and became friends. Later, we became more than friends. 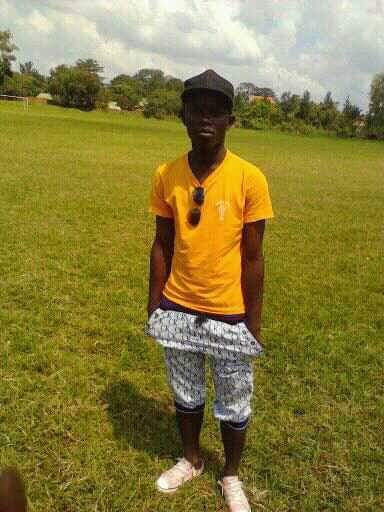 Why do I share my life story globally? Because there is need for all of us to conduct a thorough soul-searching about the global problems of racism, tribalism, insecurity, unemployment and war. I believe that if we share our stories, maybe we can inspire a hopeless person somewhere in remote villages of Southern Sudan to gain courage. Maybe we can help people realise and utilise a peaceful microcosm of our world that attends to humane practices like equal respect and value – for sport is but a centre of networking, trauma, relief and the normalisation of life.

In this respect, my plea and objective have been clear and consistent from the beginning: we need to embrace sport for peace and development. Tragically, elsewhere in the world, life can bring nothing but frustration to others. But as we weave our web of hope, we become partners for humanity. We become warriors for dignity. I extend my anguished cry to global leaders: there is need to commit to one set of human rights for all people lest we denounce the credibility of all human rights.

Article and photos submitted by Micheal Nelson Byaruhanga, 22, a Ugandan human rights activist, freelance journalist and a founder of Child Soldiers Foundation of Africa. Follow him on Twitter @nlsnmicheal90 and check out his other PCI guest blog, Human Rights and the Post-2015 Development Agenda.