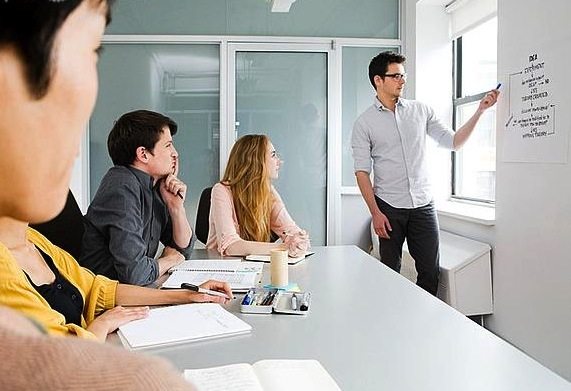 Youth Unemployment is an infinitely complex issue, marrying together a wide range of societal, economic and even psychological factors – to name a few – in a most unfortunate union. The coincidence of such factors also explains the seemingly exaggerated resilience of youth unemployment – whereas employment elsewhere is edging upward, opportunities for young people are as restricted as ever. Recognising a threat, to among other things, their legitimacy, governments have responded to the crisis by introducing a dizzying array of attractive sounding solutions. However, a new UK report is questioning the efficacy of such top-down government driven models.

In their “Hidden Talents” report, the Local Government Association (LGA) argues that government led initiatives are hampered by their bewildering complexity – imagine soviet levels of bureaucracy and duplication and you will get the gist of the efficiency deficit made apparent by the report. The mind-boggling findings show that young people aged 13 to 24 are receiving support from at least eight different national organisations, who between them fund 33 different schemes and span 13 different age boundaries – all for the not inconsiderable cost of £15 billion a year.

And what is this substantial investment yielding? Well, to be honest you would have been better off investing in Irish or Icelandic Banks than to follow this not so shrewd policy. Far from helping those most at need, the current approach is actively pushing them further away – isolating the most disadvantaged in an apathy inducing hopelessness, the repercussions of which can only be negative for society at large. When presented in cold hard numbers the evidence is even more chilling. As a result, this group of ‘core neets’, young people not in employment, education or training for more than 12 months, is growing at a faster rate than any other and has doubled in four years to 260,000.

The failure of the UK model is further highlighted by the significant drop-off in numbers that government sponsored programmes have suffered over the past 3 years. Almost 50,000 fewer young people are now participating in such schemes with numbers falling from 603,354 in 2009/10 to 559,183 in 2012/13. Throw in, the frankly pathetic performance of the much heralded Youth Contract scheme, and you are left with a pretty damning indictment of government efforts.

The LGA report does offer a chink of light at the end of the tunnel. While the Youth Contract was getting so bogged down as to be sinking without trace, local authority schemes run in Leeds, Wakefield and Bradford managed to support 57% of participants back into education, training or employment. It is on the back of such findings that the report suggests that local authorities should be handed greater powers to address youth unemployment. Indeed David Simmonds, chair of the LGA’s Children and Young People Board, believes that local attempts to provide for unemployed youth have been “hampered by successive centrally-driven government approaches”.

What the LGA report indisputably illustrates – in the most black and white terms imaginable – is the pressing need for a model of best practice to be first agreed upon and then implemented as a priority. The mismanagement of huge sums of public money is one thing, but what price do you put on the growing numbers of young people left to drift away from society? The International Youth Job Creation Summit is the first step toward bringing society back together, to find out more please visit https://peacechild.org/jobsummit/