Gender and peacekeeping is an increasingly topical issue. If more women were peacekeepers, argues guest blogger Kathleen Rose, there would be more opportunities for young people to contribute to the peace process, too.

Peacekeeping is defined in the Oxford dictionary as the active maintenance of a truce between nations and/or communities. This process has been utilised for many years, and has played an important part in keeping many wars, coups d’état and violent uprisings at bay. But peacekeeping has mainly been undertaken by men, and men alone.

What about women? In 2006, women consisted of 1.9% of the military component in the UN peacekeeping department, and in 2012, they made up only 3% of military personnel and 10% of police personnel. There is a lack of women in the military and police forces worldwide for many reasons, but the number of females in peacekeeping operations are gradually climbing.

The role of gender and peacekeeping is a controversial idea. An argument against deploying women as peacekeepers in violent conflicts is who would stay home with the children? A similar argument explores the idea that women are meant to be mothers: they should stay at home and take care of their children while the men go out, fight and put their lives on the line. Females should not be part of the military, police or anti-war mediators.

It is, however, important to notice that the main enforcers of violent conflicts are almost always men. It just so happens that the predominant figures in peacekeeping are also men. They are both the enablers of violence as well as the peacekeepers. 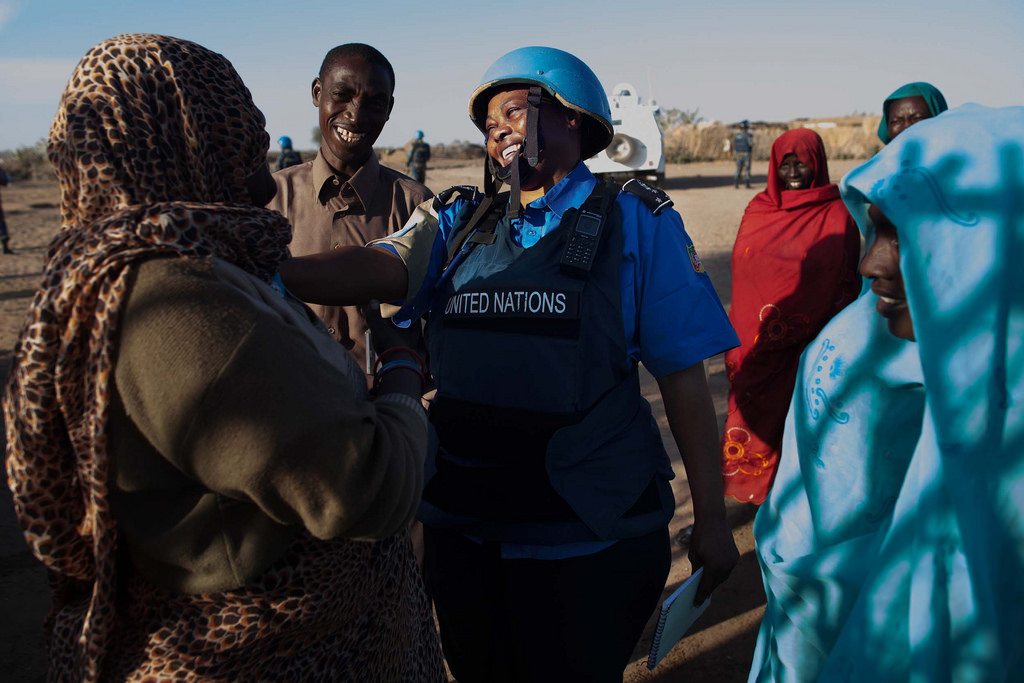 What are the benefits of having women in peacekeeping processes? Firstly, local youth admit to finding female peacekeepers more approachable and less frightening than male peacekeepers – women peacekeepers are able to create good relationships and build trust among local children.

Secondly, in order to respect women’s rights, female peacekeepers are often needed at airports, roadblocks and borders to execute body searches. A third reason is that female peacekeepers increase the chances of working with local youth and women groups to assemble information that will give them the necessary means to have detailed and more accurate information for decision-making.

When they’ve finished work, female peacekeepers can get to know the local women and young people, and talk to them about what’s really going on behind ‘closed doors’. In other words, it is more likely that female peacekeepers will obtain more information about things that are not spoken about in public – things that men might not be privileged to find out.

All in all, women should be more involved in peacekeeping processes for many reasons, but especially for the sake of young people and the future stability of their communities.

Submitted by Kathleen Rose, a recent Political Science graduate from McGill University in Montreal. Having travelled to over 30 countries, including third world countries, she is keen to learn more about international development and human rights. She is an avid athlete, a violinist for 14 years and counting and is presently an intern for a political and human rights organisation in London.