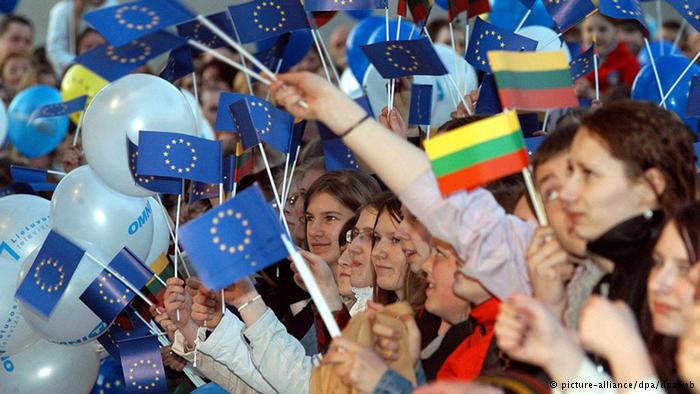 Before the European Parliament’s European Youth Event last month, Eurobarometer conducted a massive telephone survey of 16 to 30 year-olds across the EU-28. It gauged 13,437 young people’s thoughts about youth unemployment, sustainable development, the digital revolution, the future of the EU and European values.

To empower young people, you need to understand how they feel and what they value. The Eurobarometer survey gives a solid overview of young people’s opinions about themselves and their continent, so we noted a few vital statistics:

Youth Unemployment
On average, 57% of young Europeans feel excluded from social and economic life, 55% say their educational system did not prepare them for the world of work, and 52% have no desire to start their own business. These statistics are alarming. Social exclusion is a particularly damaging effect of unemployment for the young. They not only lose faith in themselves and their abilities, but in the greater establishment. Similarly, a majority disinclination for entrepreneurship, which is a most effective method of employment, also bodes ill.

Sustainable Development
The results for this section prompted Eurobarometer to describe youth as ‘a key player in sustainable development’. With 74% recycling, 65% watching their energy and water use and 58% reducing their consumption of disposables, it’s easy to see why. When asked ‘what is the best way for the EU to secure energy independence?’ 71% say renewable energies.

Digital Revolution
We’ve debunked the ‘digital native’ theory in a previous post, and we’re pleased to say this survey proves our point. Just 9% of those interviewed want to work in the digital sector. Meanwhile, 82% say that though this sector may not be for them, they can see it holding promise for future generations.

We’ve tackled the personal data protection debate as well, and Eurobarometer shows us that young people are just as split on the issue. 46% say open social networks are a positive force for democracy because they allow an exchange of ideas while 41% say democracy is hindered by social networks since data isn’t properly protected.

The Future of the EU & European values
Young peoples’ views of the EU’s biggest challenge run the gamut: 45% say its unemployment, 27% access to jobs, 23% social inequality, and 17% depletion of natural resources.

Yet most young Europeans have a great deal of faith in the unifying effect of the EU. A full 70% believe their country’s EU membership is a strength, and 44% believe voting in European elections is the best way to participate in public life.

The most interesting statistic, in our opinion, is that 57% of young Europeans believe they will see total gender equality in their lifetime. We hope this majority belief becomes a self-fulfilling prophecy.

As for what to do with this knowledge now that you have it, stay with us. The EU Best Practice Guide to Youth-Led Green Job Creation will be released in the coming months, and its purpose – as the name suggests – is to guide.