Media is the most sustainable and peaceful option to raise awareness, promote positive values and tackle societal issues. There were many good examples of media enterprises that helped shape Egyptian society right after the revolution in 2011 by producing content that highlights social issues.

Axeer Studio is a social enterprise that focuses on producing virtual content that tackles social issues. Abdulrahman and his team produced more than 50 music videos and webisodes that got more than 27 million views on their social media channels and TV from all over the Middle East and North Africa.

‘We are targeting all the Arabian countries, not only Egypt. We are covering all the issues from harassment and drugs to Syria’s war and other countries’ conflicts’, says Abdulrahman.

Axeer Studio has tackled social issues relating to women in their music videos and webisodes. UN Women Egypt recognised their work and invited Abdulrahman as Axeer’s co-founder to be awarded for his contribution to raising awareness about women issues in Egypt. 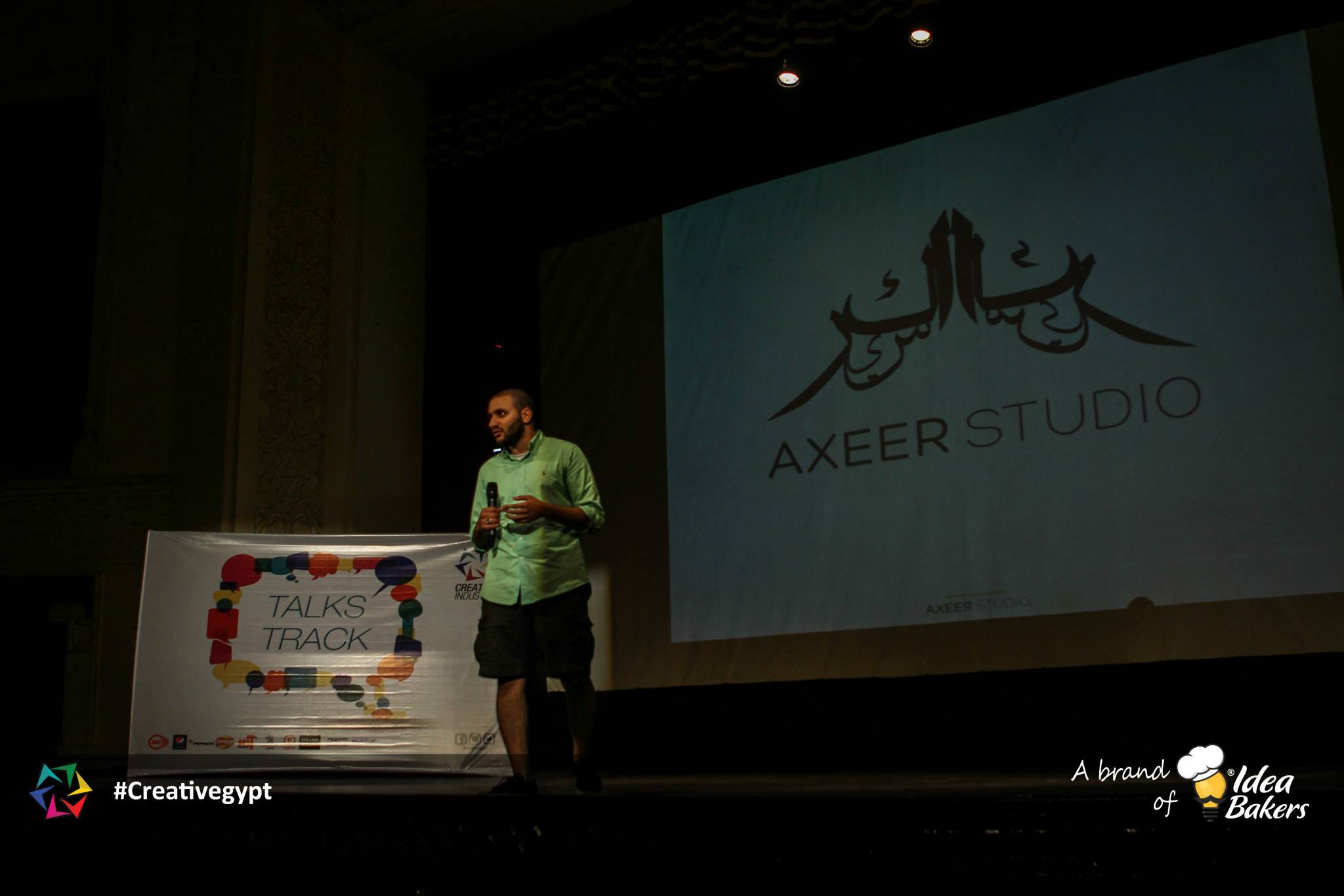 Finally, he was invited to join the Global Shaper community, which is a network led by young leaders who are highly motivated and have great potential for future leadership roles in their societies, as supported by World Economic Forum.

Abdulrahman’s passion is entrepreneurship. In 2014, he co-founded another enterprise called Giraffics, which involves data visualization through animated infographics as a form of information design. Abdulrahman and his team produced more than 150 infographics and currently have more than 20 clients from all over the world.

‘We inspire and enable entities to communicate their messages visually through Giraffics’, says Abdulrahman.

The community admires Abdulrahman’s efforts and contributions. His entrepreneurial mindset is one that is capable of helping the community for the greater good.