Youth Unemployment: On the Up, down under 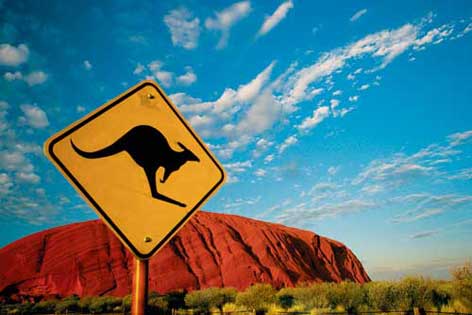 Youth unemployment is on the rise in Australia. Over the past 2 years some parts of this continent sized country have seen increases of 88% in the numbers of unemployed youth. Having ridden out the worst of the global financial crisis on the back of a resource boom, the Australian economy is only now beginning to show the first signs of stress. Weaker growth is now being translated into inflated youth unemployment, as caution dictates recruitment and opportunities for young people dry up.

This trend is most evident in North West Tasmania where youth unemployment touches 21%. This figure cannot be dismissed as an exceptional outlier as rates in Cairns (20.5%) and North Adelaide (19.7%) suggests a phenomenon that is gaining traction nationwide. The forecast is for things to get worse before they get better. Australian Charity, The Brotherhood of St. Laurence predict that soon some parts of Tasmania will have youth unemployment rates in excess of 30%.

Unsurprisingly as the issue starts to gain prominence, Australia’s political parties have begun to jockey for position on the theme. Federal Treasurer, Joe Hockey, has stressed the need for structural economic reform to create economic growth, while the main opposition party, Labor, have called for a comprehensive jobs plan to be drafted. Outside the political realm, The Brotherhood of St. Laurence, are calling for the transition between education and work to be made smoother. One area crying out for attention has been highlighted by a recent survey that showed a mismatch between young people’s aspirations and the actual opportunities available to them. This striking result suggests that Australian careers advice needs to be reformed to better match the realities of the working world.

The upward trend in youth unemployment from 8.8% in 2008 to 12.2% today is not just a problem for the here and now. Being unemployed for extended periods of time can have a negative influence on future job prospects and effectively relegate youth to the fringes of the labour market. Australia, a country with an ageing population, cannot afford to lose the economic impetus generated by young members of the workforce.

While most European countries would eye Australia’s youth unemployment rate with a covetous eye, this is not to say that it is not a pressing issue. The benchmark set by the European example has recalibrated the level at which youth unemployment is considered problematic. Below 20% – that’s not a problem, try 50% – now you’re talking. To think on such a cold numerical level overlooks the human element – individuals become consumed by statistics as does the concept of youth unemployment itself. The truth is that even that paragon of youth unemployment wisdom, Germany, still has work to do on the issue. We must not let ourselves get caught in a rat race to the bottom. Engaging in childish games of my youth unemployment is higher than yours is counterproductive and serves only to fethishise the problem. Ultimately, youth unemployment, at any level, is not a “norm” that anyone should be willing to accept.

Interested in blogging for us? Email [email protected] for more information today.