Top 10 Most Influential Entrepreneurships in Your Neighbourhood 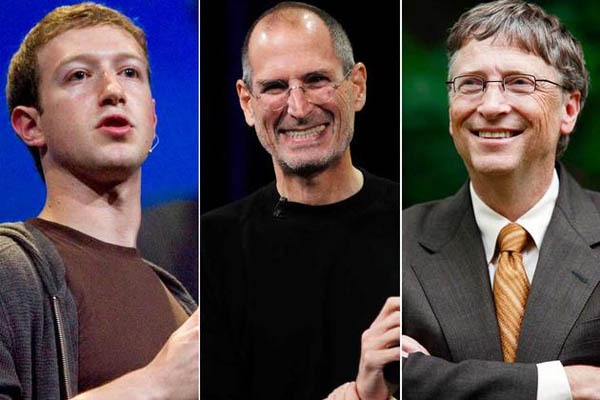 Steve Jobs, Bill Gates, Richard Branson, Mark Zuckerberg, Oprah Winfrey. These are just a handful of the recognisable names of modern entrepreneurs which can be found on lists of the ‘Top 30 Most Influential Entrepreneurs of All Time’.

Most of us have, every so often, come across a quote which has popped up on social media somewhere attributed to one of the names mentioned above. What better place to find inspiration than in the wisdom of those among us who have made it to the top with nothing but their wits? Who better to reinvigorate our sense of purpose and ingenuity than the multimillionaires who we put on pedestals as economic, cultural and technological titans of our world?

It’s even possible to book one of these inspirational people to speak at your events. But, to me, it all seems somehow removed from reality.

And though I’m sure booking one will add untold glitz and prestige to most events, how many of us really see a little of ourselves in the likes of those mentioned above? Sure, they look human, but they spend their lives in boardrooms and meetings, on television and as globally recognisable public figures.

Personally, I don’t remember having world-changing ideas in my bedroom at university. I just remember spending my free time playing games consoles, staying out late and occasionally sleeping in.

And, you know, there’s nothing wrong with that. You don’t need to make any online lists to have a positive impact and do something worthwhile. The big moguls may make me look upwards and outwards, imagining where I could be, but it is the local businesses and entrepreneurs who make me look at where I am and imagine the possibilities in the here and now. It is the newly-opened coffee shop or charity, the new bar around the corner, the fresh local ideas which ask me to take that first step. All of the famous stories attached to massive personalities have their place, but it’s time to champion also the neighbourhood entrepreneurs who provide inspiration on our doorstep, with no less honour and collective importance.

So now I’m asking you to forget about the ‘Top 30 Most Influential Entrepreneurs of All Time’ and instead make your own list – the ‘Top 10 Entrepreneurships in My Neighbourhood’. Here’s mine:

1. The charity which buys derelict buildings in the neighbourhood and fixes them up to provide emergency shelters for homeless – of huge importance to some people and gives local volunteers, including the homeless, the opportunity to help out.

2. The little card you can get for small sum which gives you discounts at all sorts of local businesses for the next month (including, a little weirdly/unsettlingly, funeral services…) – a great idea which supports other enterprises and creates a local buzz.

4. The milkshake bar which allows you to customize your own milkshakes and rewards loyal customers with free t-shirts.

5. The local sushi bar which turned its basement into a nightclub – a great use of premises.

6. The new language school which does what the others do, but in a different, informal style.

7. The bar a friend opened which has become a home-from-home for expats and new arrivals in the city.

8. The expat sports team of which the aforementioned bar has become in informal headquarters.

9. The herbalists who take you through a guided tour of herbal remedies and their history.

10. The coffee shop/hostel hybrid whose staff are just so, so friendly – it’s nice to be somewhere the staff are enjoying themselves too and where travelers can meet locals.