How the Media Affects Self-Image

Research suggests that media affects self-image, but guest blogger Angela is one of many pushing back against this trend. She lays out the argument.

The social significance of the media’s portrait of women has been the subject of study for many years. A paper on Objectification Theory from 1987 says, ‘physical appearance is the most important domain contributing to children and young adolescents’ sense of self-worth (female and male alike), outpacing social acceptance, scholastic and athletic competence, and behavioural conduct.’

In another article, Dr. Maya A. Poran discusses the misrepresentation of young black woman after extensive study on large number of participants who ‘shared their awareness and critiques of sexism and objectification, of black women being ‘used’ by advertisers and being ‘told’ what to do’. Yet these women still look at those images in magazines and other forms of media, projecting the identity of the ‘norm’ that needs to be followed.

In this sense, the media affects self-image, presenting a form of a social pressure, a ‘Pandora’s box’ of ideas for identity that undermine women’s true identity, hindering their self-esteem and self-worth by subtly portraying the ‘perfect’ image which every women should strive for.

In a women’s magazine, the most ‘important’ segment of this magazine is the sports section, which is going to tell me my ‘new sculpting lean routine’. With the exception of one article about new exercises, everything else is commercial advertisement: what the model in the article is wearing, what she uses for exercise at home and at work, what she ‘needs’ to keep her make-up on. All new products for skin, body, hair, scents, kitchen gadgets, fitness clothes – and everything is a ‘must have new fall season’. 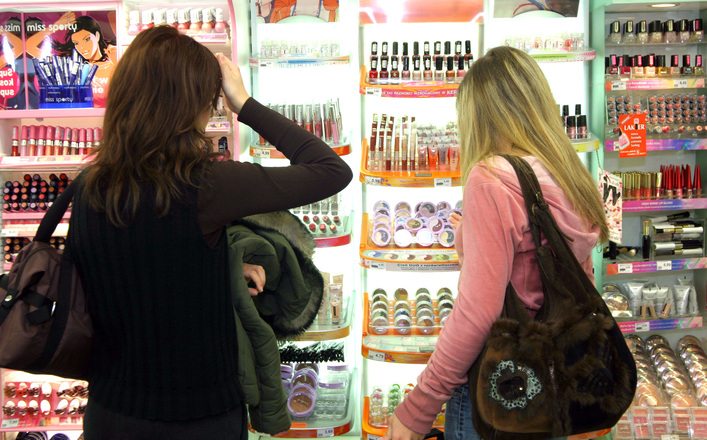 Should I become a ‘shopaholic’ to ensure my fitness and health is the best it could be? There is a slight urge, an idea in the back of my head that I need to update my wardrobe and beauty products. This idea of over-consumption is reinforced by the advanced economy that is solely alive because of encouragement by the media and is pushing new products every year, season, and month as if people are non-stop spending machines.

Kilbourne (1999) stated that ‘at the very least, advertising helps to create a climate in which certain attitudes and values flourish, such as the attitude that women are valuable only as objects of men’s desire’. If advertising in these magazines is against women, why do women still act according to them?

It is ironic that women need to get ‘confidence-boosting beauty solutions’ when their confidence is crushed by ‘the best-looking new mommy lost her pregnancy pounds in just 5 months’. It was pointed out by Mernissi that ‘constantly reminding women of their physical appearance destabilizes them emotionally because it reduces them to exhibited objects’.

That was the root of the objectification theory, that ‘women are uniquely subject to cultural and interpersonal experiences in which the female body is ‘inspected, evaluated and treated as an object’ valued primarily for its use to others.’ It sends a message to girls that their self-worth depends on the worth men give them for their attractiveness.

In an article by Mercurio and Landry, after ‘mounting evidence of self-objectification’s negative consequences’, they conclude that the ‘self-objectification leads to diminished mental health’, yet that more understanding is needed to ‘be better equipped to promote health and well-being among women’.

However, I believe that the more illusions and more erroneous perceptions of the reality of others’ lives, the more delusions we have about our own lives. At the end of the day, every individual must answer for him or herself, who defines you? Society – or yourself?

Submitted by Angela Angelevska, a biochemistry graduate from Macedonia, currently residing in the US. Angela’s interests are raising awareness for women in STEM and unleashing the potential of children and young people everywhere.