Entrepreneurship is flourishing and spreading quickly in the MENA (Middle East and North Africa) region, especially in Egypt. Before, entrepreneurs used to start enterprises in their field of expertise and for their communities, but now, after the internet revolution and increased accessibility of information, it’s easier for entrepreneurs to discover new fields and start initiating solutions for community problems even it’s not in their field of expertise.

Moreover, Egypt, strategically, is considered one of the main countries in the MENA region with influence. With the population reaching to 90 million with almost 27 million entrepreneurs, it’s a huge market for international NGOs and donors funding entrepreneurs or running entrepreneurship programmes to franchise a branch in Egypt. This, too, will affect the future of the entrepreneurial ecosystem in Egypt. 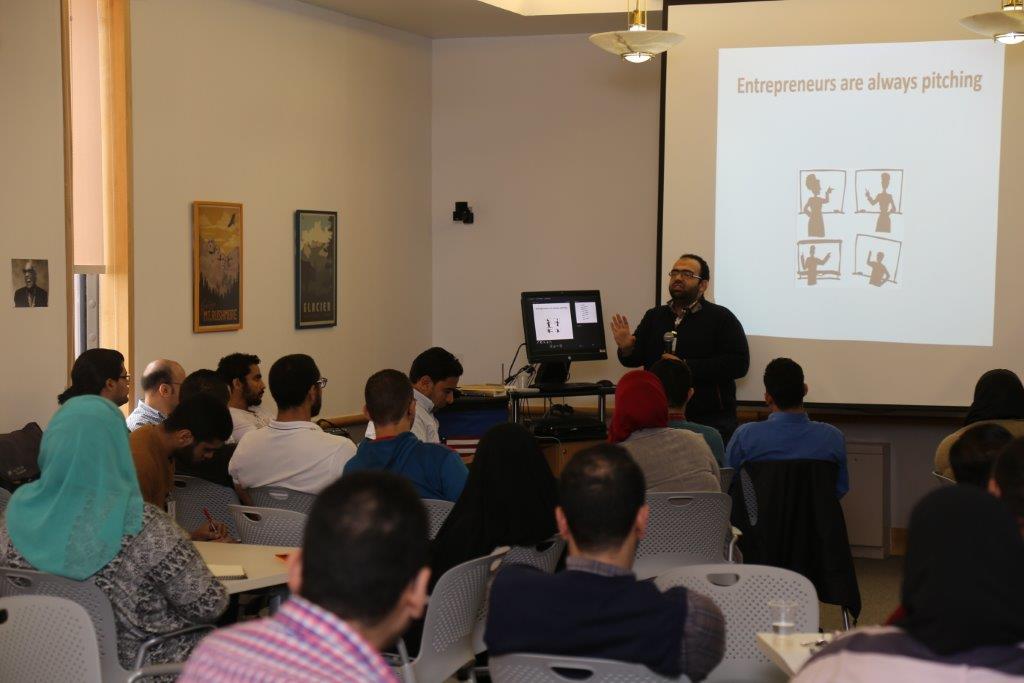 Though his field of expertise is computer science, Mohammed has had entrepreneurial ideas in other fields, some of which he has succeeded to launch. For example, he started a training centre with a variety of courses, from career development and soft skills to technical engineering courses.

‘The idea was not just delivering trainings’, says Mohammed, ‘but I was doing one-to-one coaching with university students to guide them with which course fits them best for their desired field. Entrepreneurship wasn’t known yet in Egypt, and the idea didn’t succeed because of the bureaucratic system to register a company at that time’.

Mohammed started working in another industry. He and some partners started a clothes shop, where he sold casual clothes for youth. ‘Despite it being a new field, the shop succeeded, and we reached the break-even point after working only six months’, says Mohammed. 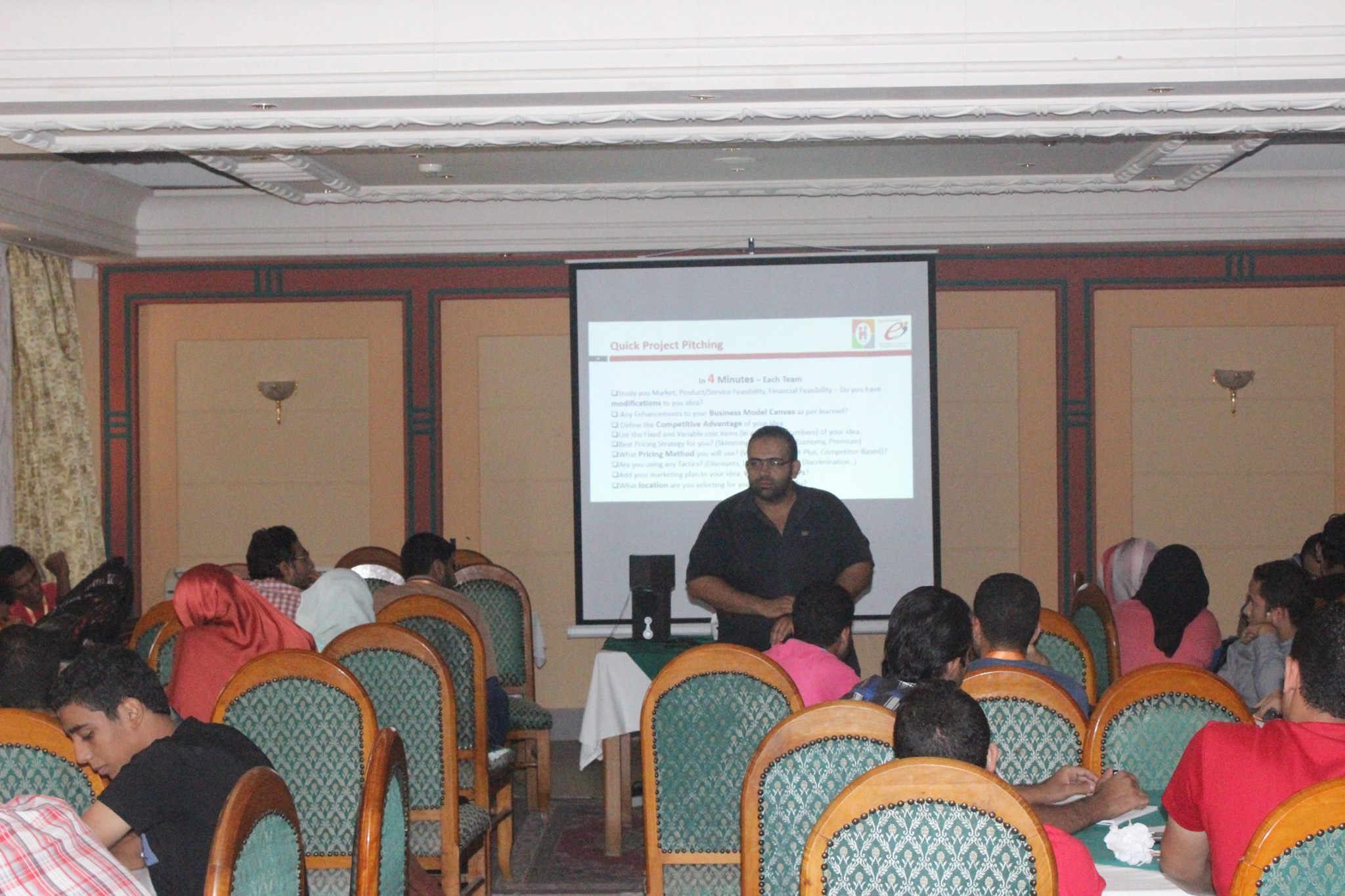 Mohammed is currently delivering entrepreneurship trainings with the Technology Innovation and Entrepreneurship Center, or TIEC, where he has conducted trainings for more than 800 entrepreneurs across universities all over Egypt. Mohamed is a certificated trainer by Intel, where he used to deliver an ideation programme for entrepreneurs to teach them how to generate ideas both social- and business-related. 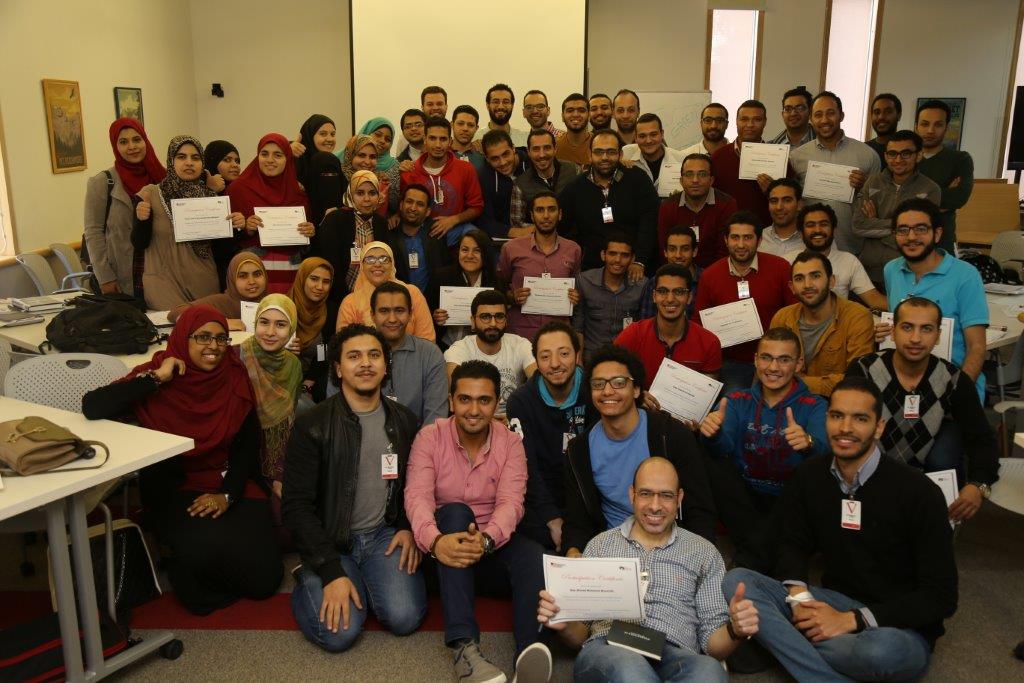 ‘I am always sharing my experiences, whether successful or not, as I have many lessons learned that I can share with entrepreneurs’, says Mohammed.

Mohammed is currently starting new two enterprises: first, a mobile app called ‘What’s Your Feedback?’, which helps people share feedback on a service or product which is delivered to companies to enhance their products or/and services. They are still in the research and development phase.

The second enterprise is an IT solution company that supports small and medium enterprises by creating mobile apps, websites and web application and operation systems.

Mohammed has been awarded twice by the Ministry of Communication for his efforts in delivering ideation and entrepreneurship programmes, and he was invited to be a judge at the First Lego League, or FLL, an international robotic competition in Egypt for kids between 9 and 16 years old.