It should become a habit for recruiters and HR companies, who conduct interviews for candidates applying for jobs, to deliver feedback after the interview if the candidates were not selected. This feedback helps interviewees to identify their strengths and weaknesses and, later on, they can be better prepared.

Unemployment has become a serious problem in Egypt, and the unemployment rate among youth has reached about 23.6%, which includes those who were rejected in interviews and still unemployed.

Mahmoud Nounou is a social entrepreneur who started the first social enterprise in the Middle East and North Africa region that educates recruiters and HR companies about the importance of feedback after interviewing. It also provides training and one-to-one coaching for students and fresh graduates on career development and soft skills.

Mahmoud studied law at Ain Shams Universityand due to his excellent academic achievements and extracurricular activities, he was awarded a scholarship to travel to the US to attend the SUSI program. Currently, Mahmoud is pursuing an MBA at Edinburgh Business School.

Mahmoud discovered that he has a passion for training and developing skills of young people. He has delivered English language training courses, human development and career development training sessions since 2012. 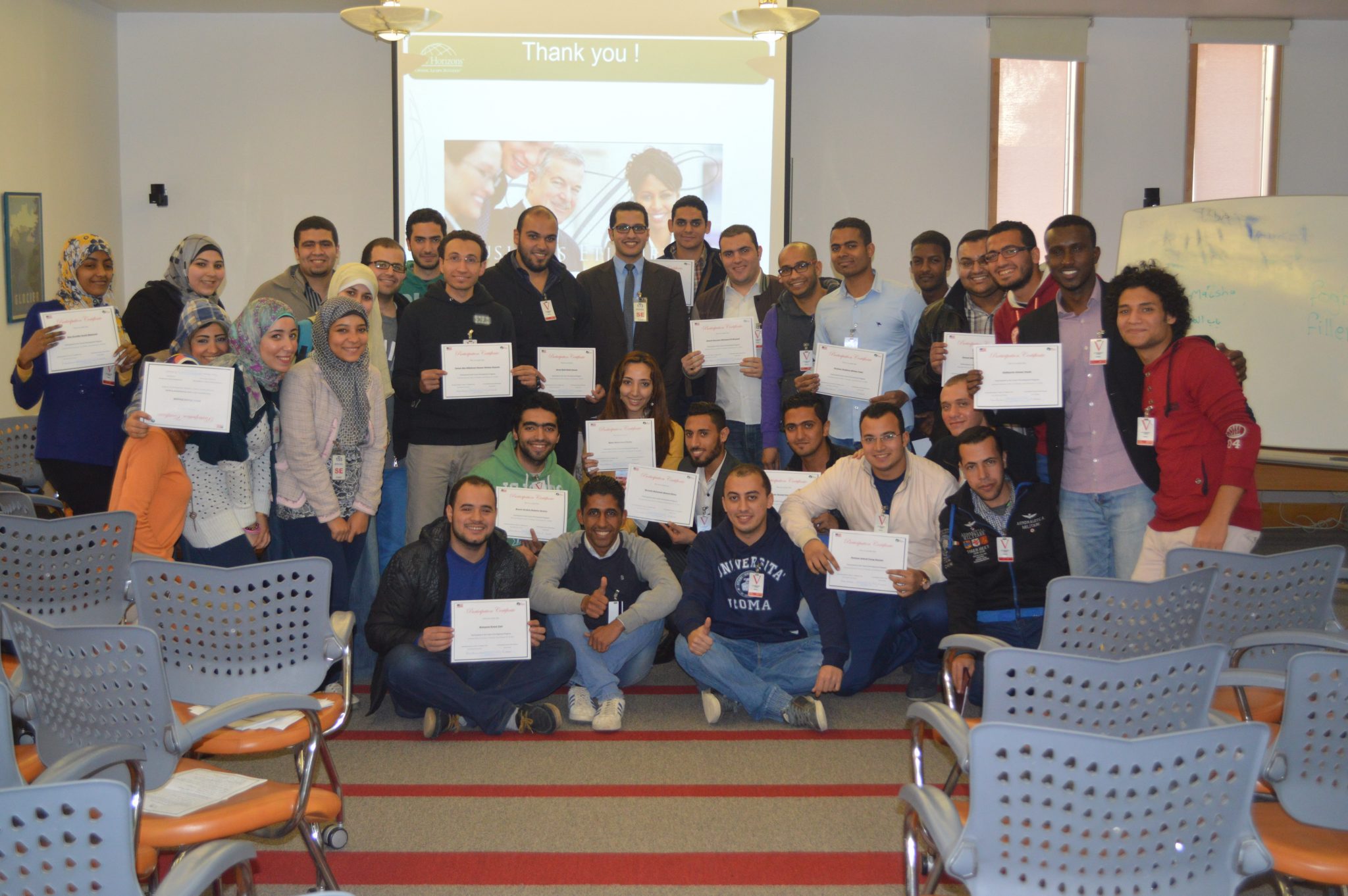 During the last five years, Nounou has delivered more than 200 training sessions in more than 20 entities, such as the embassies’ culture centers, universities, NGOs and different companies. He has reached more than 2,500 trainees, representing varied target audience of students, fresh graduates and employees from different backgrounds.

Mahmoud joined a cultural programme at Nişantaşı University in Turkey that involved delivering soft skills and English language training to more than 360 students and employees.

Mahmoud is currently working as a Trainer and Training Material Designer & Developer at Allianz Egypt as well as a Business English Trainer at the ESLSCA Busines School in Egypt. He is also a presenter at Huda TV, where he presents social and educational topics, like time management, teamwork and social media. Mahmoud has recorded more than 25 live episodes since 2014.

Mahmoud also joined the Entrepreneurship through Sports programme funded by Erasmus+. Although he was a participant, he delivered public speaking training for 45 young people from countries all over Europe.

As it is not always easy to find a suitable job, Mahmoud has created a Facebook page named “Any Jobs?” to facilitate the process of finding a job and supporting young people looking for opportunities to build their future.

‘”Any Jobs?” was founded in 2013, and it mainly helps in bridging the gap between the employer and candidates searching for a job, no matter what the field is’, says Mahmoud.

Mahmoud decided that his contributions to train and empower young people to be qualified for the job market are not enough, and he has extended his efforts. Consequently, he has created a social enterprise named FeedbacKey.

Mahmoud joined the Alumni Sustainable Enrichment Program, funded by the US Department of State in Egypt, where he was trained about how to build a business model for his idea and received a grant to start FeedbacKey.

FeedbacKey is a social enterprise that helps young people identify their strengths and areas of development through one-to-one coaching sessions as well as training programmes focusing on career development topics.

‘I have a big dream for FeedbacKey’, says Mahmoud. ‘It will not only help youth to develop their skills and be qualified candidates for the job market, but also in spreading the feedback concept among recruiters in HR departments and companies. Therefore, in the future, for any candidate who was once rejected in a position, s/he must get a constructive feedback on how s/he can develop their skills through a personal development plan’­.